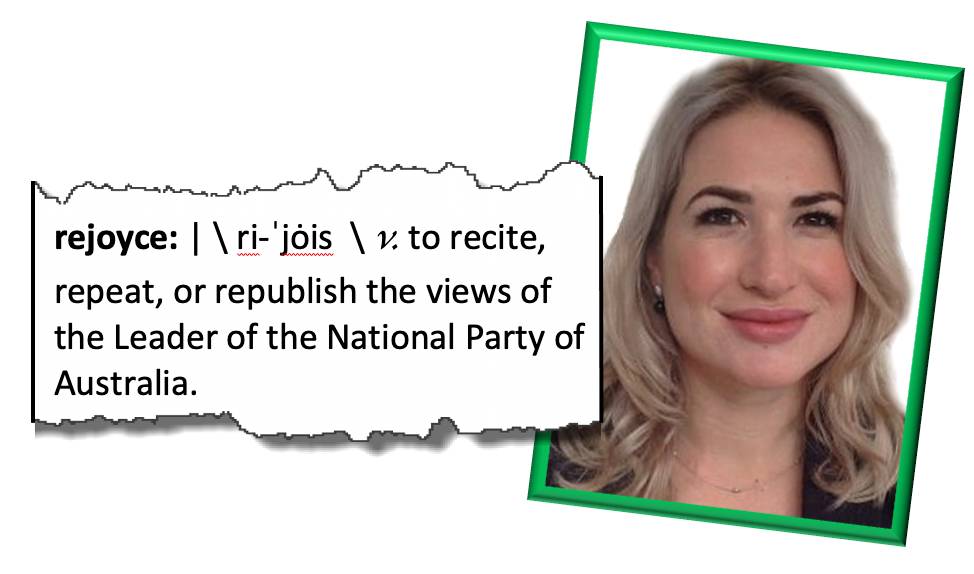 The International Association of Lexicographers has bestowed a high honour on News Corp Australia columnist Vikki Campion by announcing their official approval for two new words inspired by her work.

A spokesperson for the IAL said the approval of the new words meant they would now be included in future editions of dictionaries published around the world.

“Ms Campion’s work came to the attention of the IAL not long after she started writing columns for News Corp Australia outlets,” the spokesperson said from the Association’s headquarters in Geneva, Switzerland.

“Our members have been keeping an eye on Ms Campion’s columns ever since.

“But it has been Ms Campion’s four columns published so far during Australia’s federal election campaign (pictured) that prompted the final approval of the two words.

“Those columns reflect almost word for word the political attack lines of Australia’s ruling right-wing Liberal and National parties about the so-called ‘teal’ independents running against key government MPs, as well as bagging the Labor Party’s health policy and its initiatives to support electric vehicles.”

The new words are:

“I must say that the development and approval of the two new words would not have been possible without the support of News Corp Australia,” the IAL spokesperson said.