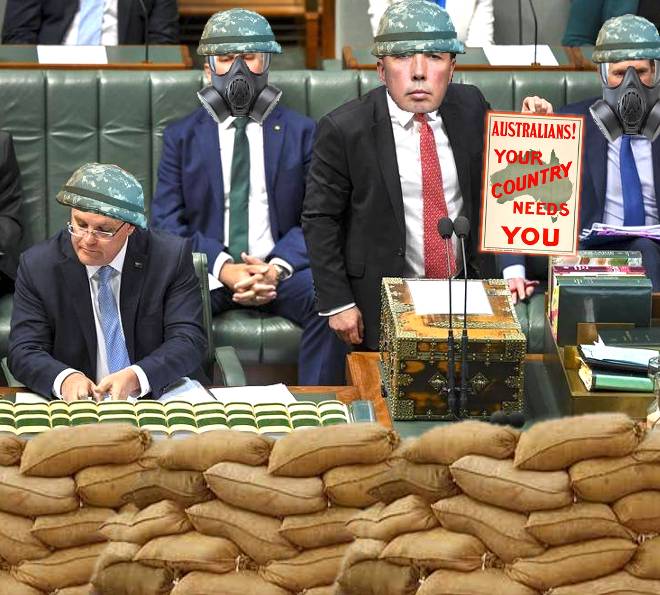 As arguably Australia’s least accurate amateur psephologist, I’ve been surprised at the number of people asking for my prediction for the looming federal election outcome.

Nevertheless, I’m ready to call it, even though only a complete fool – one of the Peter van Onselens called it for Morrison a year ago – would hazard at a guess so far out from polling day.

The adage that a week is a long time in politics remains a hardcore fact, and anything can happen in the weeks ahead. Anthony Albanese could be sidelined by Covid-19; Scott Morrison could be blown up while pretending to be an army bomb disposal expert. He needs all the sympathy vote he can harvest.

But here it is. Got a pencil ready? At the close of counting on 14 or 21 May, ALP will be on 52.7 per cent; LNP 47.3 per cent with a Labor majority of eleven. Please, get some money on! You will be disappointed.

General consensus during the 2019 campaign – supported by the weekly polls at the time (yeah, I know: except for the ones at the bitter end but that’s an argument for another day!) – was that Labor more than held its own week by week, even when led by a poor bastard so damaged by that $60 million-plus taxpayer-funded royal commission witchhunt into Bill Shorten’s character and motives that even a lot of Labor people I know didn’t like him.

And back then, voters knew a helluva lot less about Smoko Morrison then they do now. We have pretty solid proof now that images of Smoko giving the thumbs-up from truck or cockpit windows, kicking a footie or serving a tennis ball, throwing a haybale about or downing endless schooners will not cut the mustard this time around. Apart, maybe, from reinforcing the view that he’s just a fucking idiot. (below right).

So this amateur psephologist’s increasing gut feeling is that Smoko and his mob have no hope at all of whittling away the average 55-45 two-party-preferred advantage Labor now holds across all the major polls?

Heart on sleeve stuff, maybe, but I can’t see them getting even halfway.

The countless millions of taxpayer dollars they’ve spent on ads telling us how good they’ve been and how they’ll be even better if granted a fourth term have flopped. The Budget cash splash has been greeted with a “ta but nah” response from voters.

The sabre-rattling over China and Russia and giving snappy salutes while making declarations of beefing up our military numbers and giving them supersonic missiles have misfired, suggesting the LNP’s self-confessed superiority on national security/border defence issues mightn’t be as strong as they believe.

I can’t for the life of me seeing Albanese not besting Smoko in any debates they have, just as Shorten did in 2019. Ditto for Chalmers v Frydenberg.

Still, Smoko and his mob have got those highly-inflated jobs growth figures to blow hard about, and if anyone can get down low and dirty with the most vile personal attacks against Anthony Albanese over the next five weeks, then Smoko’s your pathetic shell of a man to do it!

But if that altercation in that pub on Newcastle’s outskirts is any indication of how things are going to go on the hustings, I think, if they want a snow flake’s chance in hell of winning this thing, Smoko and crew had better start looking for the money shot!

And by that I mean some photos of Albanese fucking a dog in a street. I’m sure Newscorpse Australia could help with the search – or even make them up with the latest Photoshop versions they’ve just ordered as part of Lachlan Murdoch’s promised fair and balanced coverage of the election.

Even then, it might have to be a male dog being given a damn good Alboing for things to turn around for this dreadful, corrupt, disgusting, shameful, wasteful, excuse for a real government.