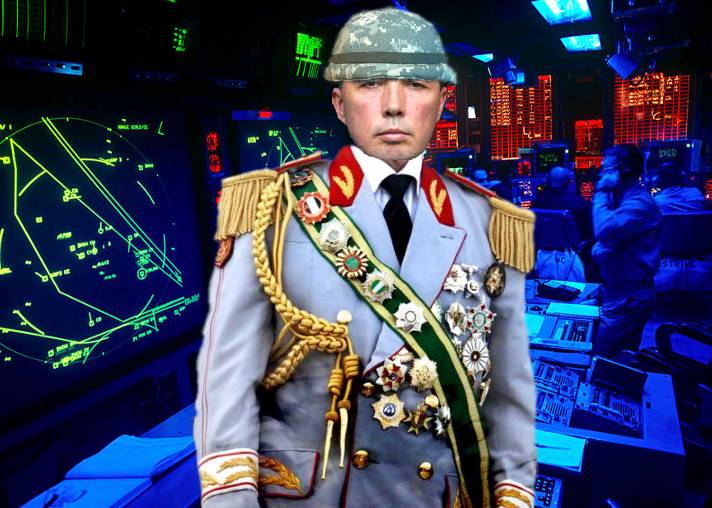 The Morrison Government has established a Solomon Task Force which Defence Minister Peter Dutton says is ready if necessary to invade and retake the vital territory so close to his home state of Queensland.

Speaking from the personal war room he has established in his backyard garage at his home north of Brisbane (main picture), Mr Dutton said he had acted swiftly to respond to recent threatening developments.

“I have ordered defence chiefs to stand up sufficient Australian Army troops to undertake an invasion if necessary,” he said.

“This would happen very swiftly and I must also caution that such an invasion would be preceded by a massive bombing campaign.

“Flight crews at the RAAF’s Amberley base west of Brisbane and at Townsville are on alert, waiting for my orders to launch an attack.

“Amberley is just 3,000 kms away from the area under threat and Townsville is closer at 2,000 kms  so bombing would happen very soon after I give the green light.

“Under my instructions ships from the Royal Australian Navy’s Fleet Base East in Sydney and from the HMAS Cairns base in the far north are already at sea and will, if necessary, mount a blockade.”

Mr Dutton said he recognised that the lives of Australian service personnel would be at risk if an invasion occurred.

“But we must be prepared to do the right thing,” he said.

Mr Dutton explained that recent developments that had prompted his orders for military preparations had included the outcome of last Saturday’s South Australian election that saw a one-term Liberal Party government dumped, as well as a series of recent opinion polls putting Labor ahead of the Liberal-National Morrison Government on a two-party preferred basis.

“That what makes Solomon so vital,” he explained. “It’s held by Labor by a margin of around 3% so it’s a seat we would need to take if we are looking at losing seats elsewhere in states like Victoria and WA.”

The Defence Minister said if necessary he would widen any military offensive to include the other Northern Territory seat of Lingiari, but added: “I must qualify that by saying Lingiari is a much bigger seat, it is somewhat safer for Labor with a 5.5% margin so it would take more military assets and far more lives of defence personnel to secure for the Coalition.

“But I’m not ruling anything in or out at the moment,” he said.