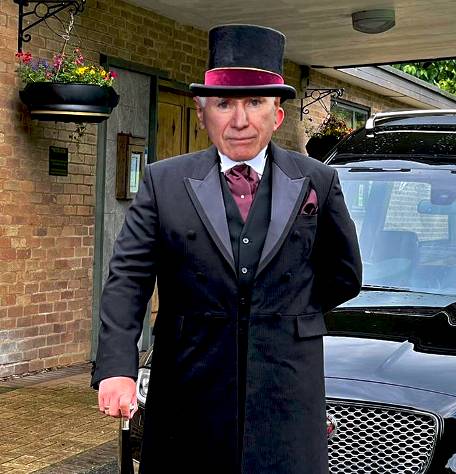 Traffic gridlock has hit Sydney today following the statewide outpouring of emotion over the loss of Gladys Berejiklian from the job of NSW Premier.

Former prime minister John Howard (main picture) correctly picked the public mood with his statement that the entire state of NSW was grieving the loss of Ms Berejiklian. (pictured)

Mr Howard, dressed in formal mourning attire, spoke to reporters outside his Sydney home this morning.

His news conference was delayed several times because media representatives found it difficult to navigate city streets after citizens began leaving floral tributes to Ms Berejiklian outside the NSW Parliament in Macquarie Street (pictured below).

The sea of flowers soon spread throughout the CBD and across the Sydney Harbor Bridge, falling onto trains lines which also caused disruption to the metropolitan rail network which soon spread to nearby regions.

Mr Howard spoke for only a few minutes once his news conference began.

“Like every single person in NSW, without exception, I am overcome with emotion at the news of Gladys Berejiklian’s demise as Premier,” he said.

“Every single person in our state, like me is grieving for her and will no doubt continue to do so for a long, long time.”

Mr Howard, normally a “Man of Steel” as former US President George W Bush labelled him, then began to sob uncontrollably and swiftly ended the news conference.

NSW Police said it was likely the gridlock hitting Sydney and surrounds would not clear for several days.