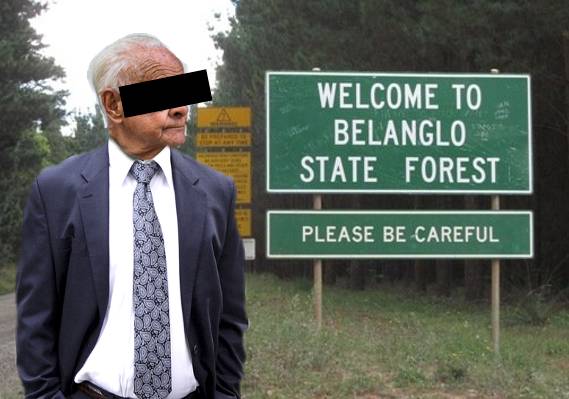 The family of now-deceased serial killer Ivan Milat will mount a legal challenge to his convictions.

Milat was charged in May 1994 and found guilty in July 1996 of the murder of seven backpackers he lured to Belanglo State Forest south west of Sydney.

He was given a life sentence without parole on each count and spent most of his sentence in the high-security Goulburn Prison before being transferred for treatment at Long Bay Prison in Sydney where he was being treated for cancer before dying in October 2019 aged 74.

A close relation of Milat who asked not to be identified (main picture) said a number of Milat’s relatives had been considering a legal challenge to his conviction.

“A few of us have been mulling the idea of a challenge for some time,” the family member said.

“But just in the past few days we’ve been reading papers like The Daily Telegraph and The Australian which gave us all the idea that now was the time to take action.”

The family member said the legal challenge would be based largely on the argument that the timing of the original NSW Police investigation into Milat and his activities was wrong.

“The investigation leading up to Ivan being arrested and charged in 1994 could not have occurred at a worse time,” the relative said. “It came during one of the most challenging times of Ivan’s life.

“He was very, very busy at the time – concealing a range of weapons and items of key evidence at his home and at the homes of his mother and brothers. Plus he was in the midst of planning a lot more murders.

“We’ll be doing all we can to attack the NSW Police and its ill-timed investigation and we reckon we’ve got a chance of getting the Daily Tele and The Oz on board to give us their editorial support,” the family member said.