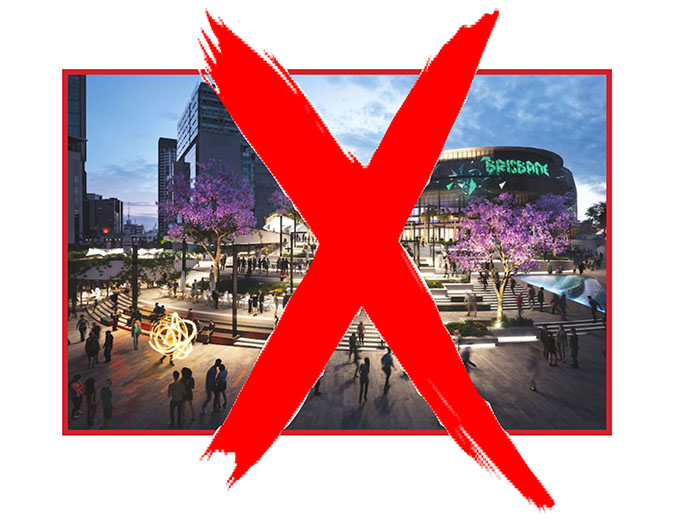 TOKYO: The International Olympic Committee has sensationally rejected Brisbane’s bid to host the 2032 Games, citing a grossly fraudulent nomination process that “mocked just about every basic principle the Olympic charter stands for”.

An ashen-faced IOC president Thomas Bach of Germany announced the committee’s shock decision at the death and only hours before the Queensland capital along with the Gold and Sunshine Coasts were expected to hear the formal announcement that they had won the rights to host the 2032 games.

“The Olympic charter and Olympism seeks to create a way of life based on the joy of effort, the educational value of good example, social responsibility and respect for universal fundamental ethical principles,” Mr Bach said.

“Brisbane’s bid trampled on all those fine and decent principles of ethical and honest and open, decent behaviour through the joy of sporting competition.

‘“We got conned by Brisbane’s fancy brochures and video presentations and it’s lucky one IOC member spotted essential information the Queensland bidders had tried to hide in the fine print.”

With a devastated Queensland Premier now in mid-air on her way home The Bug understands it was only earlier today that IOC members were alerted to the fact that Brisbane planned to hold the summer Olympics in the middle of winter!

The scheduled dates for the 2032 Games were to have been from July 23 to August 8, slap-bang in the middle of the Australian winter months of June, July and August.

As one senior IOC member with commercial law as his life’s work speciality told The Bug on the condition of anonymity: “If a commercial entity tried to market a product using such disgraceful deception, they’d be bankrupted under the weight of law suits.

“How long would any business last that tries to flog customers a product that does exactly the opposite of what its advertising promises.”

Another IOC member was less restrained: “The message is now clear. If you’re a city who wants to host the Summer Olympics, then fucking well do it in summer. Don’t give a flying fuck what season it is on the other side of the fucking world.

“Besides, how often does somewhere in the Southern Hemisphere get to host the games when they’ve got the advantage of competing against sportsmen and women in the grip of their northern winters and outside of full training mode?

“You’d have fucking rocks in your head not to grab that advantage.

“Brisbane, they were to have been your summer games so you should have held them in your summer, you stupid cunts.”

The Bug’s research team has discovered that less than half of the 1956 Melbourne Olympics were conducted in the summer month of December, while the 2000 Sydney Games from September 15 to October 1 were held entirely in spring.

“They got away with it but not any more,” another IOC source said. “The hammer has now well and truly been brought down on such sinister and morally bereft deceptive marketing practices.”

UPDATE: On hearing the news of Brisbane’s now axed bid, the Northern Territory has announced it is withdrawing its application to host the 2034 Winter Olympics in Darwin from January 15 to February 4 in that year.