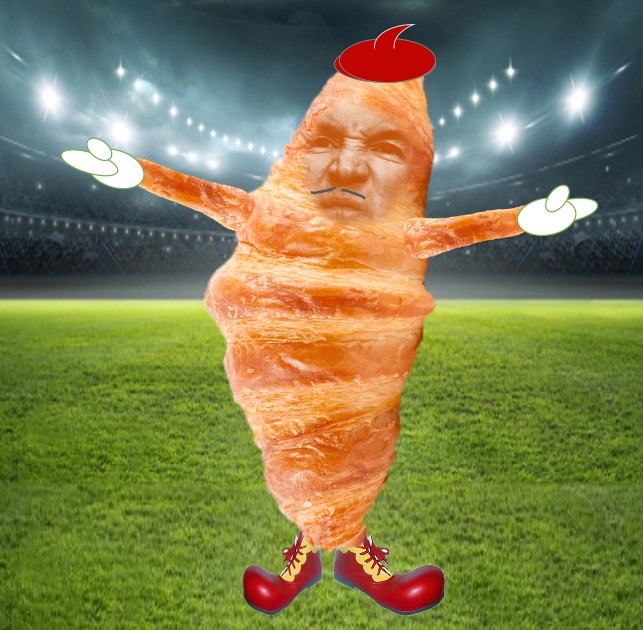 Organisers of the 2024 Paris Olympic Games say the event’s official mascot will be 100% environmentally friendly and recyclable.

A spokesperson for the International Olympic Committee said Pierre the Surly Croissant (main picture) would be the official mascot for the 2024 Games and would be produced as a small, freshly baked souvenir toy at a price yet to be determined.

“The big difference between Pierre and mascots used for previous Olympic Games is the fact he will be totally edible,” the spokesperson said.

“As such it will be the very first Olympic mascot that will be completely 100% disposable and recyclable.

“Patrons at the Paris Games who buy a Pierre the Surly Croissant will be able to simply eat it once they have finished playing with it or lose interest in it.”

The IOC spokesperson denied claims that the planned marketing of the mascot was simply a way to boost sales of the popular French pastry.

“Mais, non!” the spokesperson said before lapsing into French, shrugging their shoulders, and claiming not to understand further questions posed in English.