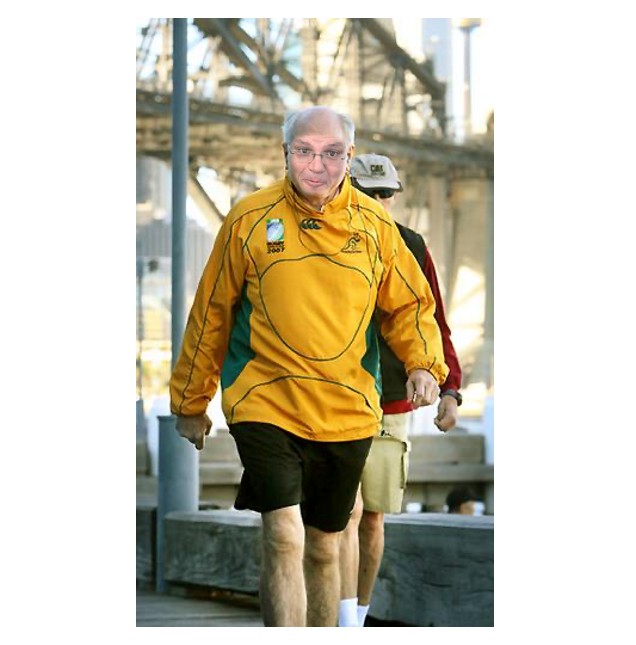 A major advertising push by the federal Liberal Party and suggestions that Prime Minister Scott Morrison has made subtle but deliberate changes to his physical features and personal presentation have strengthened speculation about an early federal election this year.

Political reporters who did not wish to be sacked said they had noticed a series of changes in recent days to Mr Morrison’s features and personal habits.

“Many of us who closely follow the PM first noticed a little while ago that he had taken up the habit of making early morning walks in a green and gold Australian tracksuit or sports gear,” one said. (main picture)

“He has also been allowing his eyebrows to grow a lot thicker and even his hairline seems to be receding at a rate that doesn’t appear to be natural.

“Some of my colleagues go so far as to suggest he’s had eyebrow implants.

“The PM even seems to be a lot shorter these days. Some of us suspect he’s undergone leg-shortening surgery.

“He has also taken to peppering his speeches with the line ‘We decide who comes to Australia and the manner in which they come’.

“He even used it very forcefully in the middle of a chat in front of the media and cameras to a life member of the CWA at the Rockhampton Beef Expo during the week, even though the conversation with her was all about her prize-winning beef marrow scone recipe.

“His speech pattern has been slowly changing too. He now has a far more nasal, whining, and sometimes stuttering presentation.”

“There’s definitely a push on to build the PM’s credentials as a wartime leader, father of the nation, and protector of our borders,” another observer said.

“Otherwise why would the Liberal Party have spent so much of its money buying front-page ads in many of today’s Sunday newspapers around the country?” (pictured)