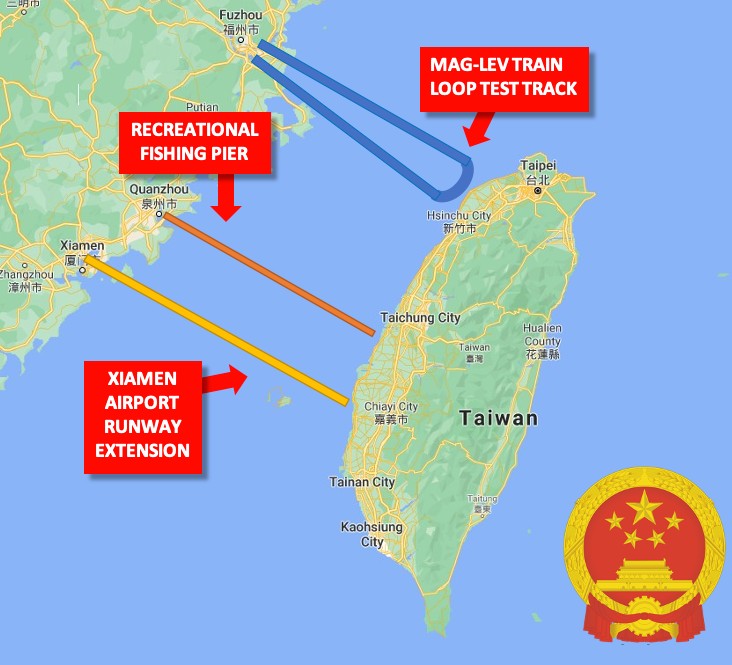 China has announced more large-scale infrastructure projects as part of its controversial Belt and Road economic initiative, this time on its home soil. (main picture)

China’s paramount leader Xi Jinping revealed the latest projects at a meeting of the Chinese Communist Party’s Central Committee at the Great Hall of the People in Beijing.

The new projects all focus on coastal cities in China’s populous and rapidly growing Fujian Province and include a 230 km extension of the Xiamen International Airport runway, and a new 220 km long fishing pier off Quanzhou which city officials said was aimed at boosting tourism.

However, the most ambitious of the three projects is a 500 km long offshore rail loop that a Chinese Government spokesperson said would help test magnetic-levitation trains now being developed in the city of Fuzhou, the provincial capital.

“Mag-lev trains need plenty of track for testing and also need to be fully loaded with passengers during trials, often at short notice, so filing them with, say, Red Army troops is a convenient and workable way to ensure good research data,” the spokesperson said.

“All three of these major projects will be built on China’s home soil, which includes water, and will typify the advances we want to see through our Belt and Road initiative,” the spokesperson said.

“They will help deliver the peaceful goals of our initiative and will remind Chinese peoples and those elsewhere in the world of its simple underlying philosophy – get out of our road or we’ll belt you.”