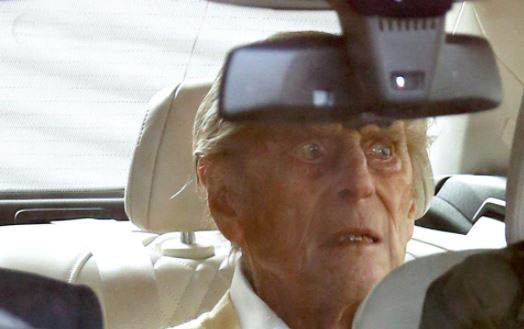 The Bug‘s royal court reporter was too overcome overnight watching the funeral of Prince Philip from London to send a full essay but pulled himself together to provide these snippets.

Memo: subs. I know my copy is not normally to be touched but I can barely see the keys as I type this column. Goodness, me, I don’t know what it is but there’s never been a patriotic song better than I Vow to Thee my Country to get the old Tristan waterworks flowing and just about impossible to stop.

Much-reduced the ceremony for the funeral of the Prince of Edinburgh in St George’s Chapel might have been through COVID-19 restrictions, it still showed that no-one does pomp and ceremony better that the British.

For mine, the saddest part was that Prince Harry’s bride, Megan Markle, could not attend as she was understandably unable to make the trip because she is, as a senior royal told me, heavily tinted at this time.

I cannot express my full anger at seeing the straplines across some of the television reports around the world that claimed the royal family were paying “their last respects” to their much loved husband, father and grandfather.

Good Lord! It made it sound as if once this amazing old warrior was laid to rest, that would be some sort of signal for The Firm to start saying horrible things about this amazing patriarch and grandfather to the nation if not the world – and didn’t he always look so wonderful in a uniform! He never failed to set this beating heart a’quiver and he could have had me sweating and under his total command on a parade ground, drilling me for as long as he liked.

So much for all this media nonsense around the globe that relations were so strained between the royal siblings, King-in-Waiting Prince William and former Spare-to-the-Heir Prince Harry, that they had to be separated in the funeral procession by a cousin.

My royal spies tell me that even away from the public gaze, both men behaved right royally and each denied an offer by the other of a duel on a private lawn right at the back of Windsor Castle and well away from prying eyes.