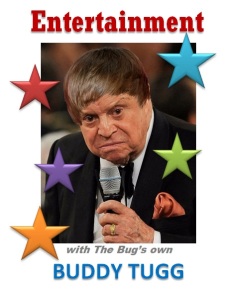 The Nine Network has admitted it heavily edited a special celebrity edition of its popular nightly quiz show Millionaire Hot Seat due to screen this week.

But it says there was no political motivation for the changes it made to the episode featuring Aged Care Minister Richard Colbeck.

Nine Network spokesperson Peta Costello told me that the taping of the program took far longer than expected because of the considerably lengthy pauses by Mr Colbeck before answering basic questions.

“The Minister fell silent for the best part of a minute after Eddie McGuire introduced him and asked him how he was going,” Ms Costello said.

“That’s a pretty standard opening question designed just to break the ice and shouldn’t cause any sort of drama or angst for any contestant.

“But Mr Colbeck looked a bit stunned when Eddie posed the question and he hastily shuffled through the briefing folders he had on his lap seeking an answer.

“In the end he couldn’t find the answer so Eddie had to move on and he asked the Minister if he was confident of doing well that night.

“Once again the Minister was silent for a long, long time and tried to find the answer in his briefing notes, but Eddie ploughed on and asked him the first actual quiz question.

“It was about deaths in nursing homes during the current COVID-19 pandemic which by the look on the Minister’s face, it wasn’t a question he was expecting.

“Yet again he took a long time not to answer and Eddie offered him the chance to phone a friend which the Minister did, but nobody would take his call.

“In the end what was meant to be a 30-minute episode ended up at almost two hours, so a lot of editing had to be done,” Ms Costello said.