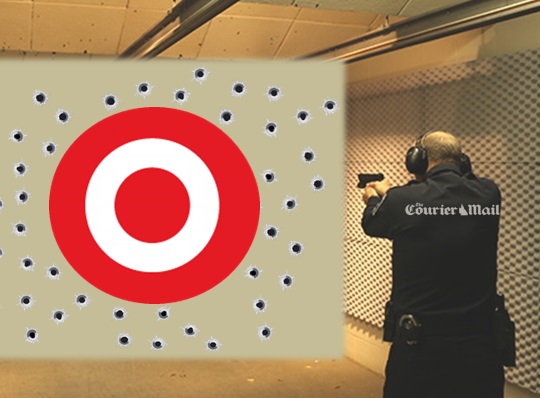 You might think that news outlets might be somewhat familiar with the Queensland/NSW border right now, given that it has been a focal point in interstate political arguments over continuing travel restrictions during the COVID-19 response.

You might also think that a news outlet that regularly claims that it stands up for Queensland might have an inkling about where the line runs. But you would be sadly and badly disappointed.

One of the big business news stories of the past week was the decision by diversified listed company Wesfarmers to shut a range of its poorly performing Target stores and swap some others to its Kmart brand.

Altogether up to 75 Target outlets will close for good and 92 will be converted to KMarts.

Readers of the online Courier-Mail in Brisbane (pictured) were told: “In Queensland there will be 10 mostly country-based stores closed as will as one just over the border at Murwillumbah, while 19 stores will be comverted into Karts.”

Yes, that’s right, 10 Target stores to close in Queensland “as will” as one in Murwillumbah which, we presume, was included in the story because the town is or — in the good old days — was in the Courier’s circulation area.

We’re not sure how the “as will” slipped in, although some money is on the possibility the reporter was a Kiwi and phoned in the yarn.

But that doesn’t explain how large department stores will be “comverted” — whatever that entails — into “Karts”. Something to behold when it happens, we guess.

Plus the Clifton Beach Target store in Cairns was missing from the list of closures presented by The Courier-Mail but appeared on the lists in the stories published by other news outlets.

Oh, and just one more petty complaint before we finish. We’re not sure when the online story was first published but it was running this morning and carried the 23 May date, even though it was written on Friday but stated that Wesfarmers had “this morning” advised the ASX of its plans.

Well done to all at The Courier-Mail!

You be the judge

In recent times we have pointed out the overuse of the term “eye-watering” by the online Courier-Mail when publishing stories that contain even the vaguest reference to a price or cost.

The latest was a story on the statutory pay rises given to Queensland judges which according to the online Courier were — of course and yet again — eye-watering (pictured).

A check of the Courier’s online news archive shows this label is applied almost weekly to some dollar amount.

As we know there is something for everyone available on the internet so we looked, and found, a website that provides synonyms for any word or expression you submit. It seems there are 1,430 synonyms for “eye-watering”.

Can someone at the Courier please check that list. There must be a few substitutes on it that might avoid the regular lazy re-use of “eye-watering”.

A curious aspect of the story was the reference to the fact the pay rises had been awarded “on the eve” of the outbreak of the COVID-19 pandemic which had seen many people lose their jobs.

Perhaps the Courier’s effort to cast the judges’ regular, legislated salary increases as being undeserved while others were making financial sacrifices may actually not stand up to scrutiny because it happened — as determined by law and their employment contracts — prior to the virus shutdowns and job shedding?