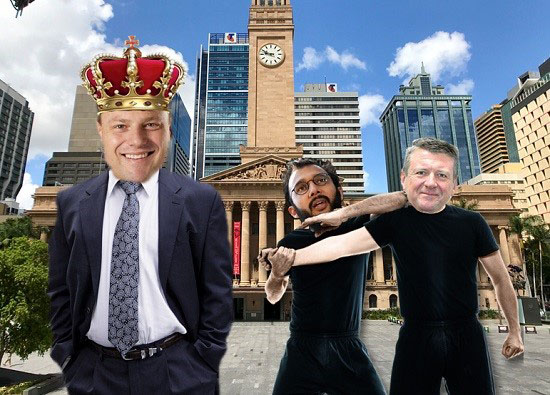 Thank goodness my old friend David Hinchliffe is alive and well, and safely home-isolated somewhere doing his lovely landscapes and other paintings.

For the former Brisbane Deputy Mayor and long-term Labor city councillor would otherwise be spinning in his grave over what’s happened to his ward of Central since he retired from municipal politics eight years ago.

As this rant is being penned, Central is a two-horse race between sitting Liberal National Party councillor Vicki Howard and the Greens’ hardworking candidate Trina Massey. The 2PP preferred vote is current 52.1% to 47.9% to Howard who should go on to win her third, totally undeserved term.

Where is the Labor candidate placed in what was once a Labor stronghold, I hear you ask? Judi Jabour is her name and she garnered 24.4% of the primary vote, down 1.9%.

Let’s move slightly west to the ward of Paddington, where the LNP’s sitting councillor Peter Matic has a narrow 50.3% to 49.3% 2PP lead over Labor’s……

Okay, okay! Only joking… over the Greens’ Donna Burns.

Labor’s Jeff “Why did I bother?” Eelkema as of Monday morning had a plucky 15.9% of the primary vote, down 8.6%. Wake up, Jeff. Politics maybe isn’t for you. Didn’t do enough doorknocking …. or maybe too much?

Nearby in The Gap, Labor’s Daniel Bevis has proved a famous family name amounts to nought, but at least he’s figured in the 2PP playoff in what is a fairly safe Tory seat.

But even after a redistribution that slightly favoured Labor, young Mr Bevis has won 30.2% primary support, down 5%.

If I were the Greens candidate Rebecca Haley, who has 17.7% of the vote so far, I’d run again in 2024. At the very least, two-party preferred glory awaits, especially if Daniel runs again.

Then there’s the Gabba ward across the river from Central, a hotbed of Labor when I was just a callow youth in Young Labor.

The Greens’ Jonathan Sri has won his second term and is close to an outright majority already. His 2PP lead over Labor’s …. sorry, just joshin’ once more …. over the LNP’s Nathaniel Jones is 68.8% to 31.2%.

Labor’s Rachel Gallagher – I wonder if she lives anywhere near Fred Bromley’s old house where we Young Labs used to meet – got a whopping 25.6% primary support, down 4.6%. The redistribution there supposedly improved Labor’s fortunes by some 1.4%.

Finally – if all these boring stats haven’t seen you leave this piece already before my brilliant final analysis – let’s grab a water taxi back across to Walter Taylor, admittedly another LNP stronghold – in theory.

Labor’s candidate Karthika Raghwan has primary support of 14.9%, down 2.5%.

So, what do all these sad and sorry statistics tell us. 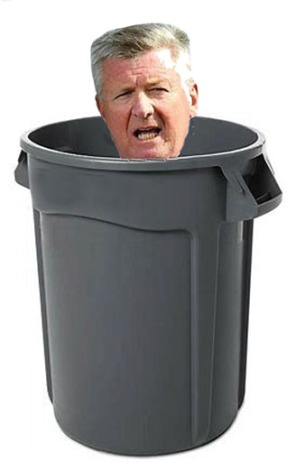 First, that Queensland Deputy Premier and Treasurer Jackie Trad needs to start looking for a new job well before the October state poll. If the LNP preferences the Greens in her seat of South Brisbane, she’s toast. Even without dodgy property purchases.

Second, there’s a very good chance that the makeup of the next city council will be unchanged from the last, a remarkable result for a party that’s been in power for so long already.

There was nothing wrong with his “residents before rorts” slogan – for there have been plenty of them – but he clearly failed to sell it. Suspicions abound, also, that the state ALP has run dead on the civic campaign, keeping its money for the state election.

Fourth, the far more important picture. As more and more of Brisbane gets cluttered up with over-priced New York-style (read very small) high-rise apartments, residents are turning to the Liberals and the Greens as their municipal party of choice.

This makes some sense as these apartment complexes are not on stumps – their ground floors instead have commercial opportunities with permanent “for lease” signs in their windows – and so council is never needed to be called upon to drag a dead dog from underneath them, once one of its principal chores.

These residents probably also don’t care if their footpaths are well maintained and mowed, as they drive down to their local supermarket through darkened canyons that used to be airy streets and roads.

But, as all the voting figures above suggest, maybe they are more concerned about climate change and want their balconies to remain places to get river glimpses from, not pontoons to tie up their tinnies to.

So the Greens get the kudos from voters while Anna Palaszczuk and current MLA Trad continue to suck up to Adani over a number of mining jobs that will be far, far fewer in number in practice than the fanciful figures these two political masterminds gladly trumpeted for years along with The Courier and Sunday Mails.

Still, Labor will continue to win Deagon, at least until a future LNP city council administration makes it a transport hub and those huge residential apartment cranes start to pop up everywhere.