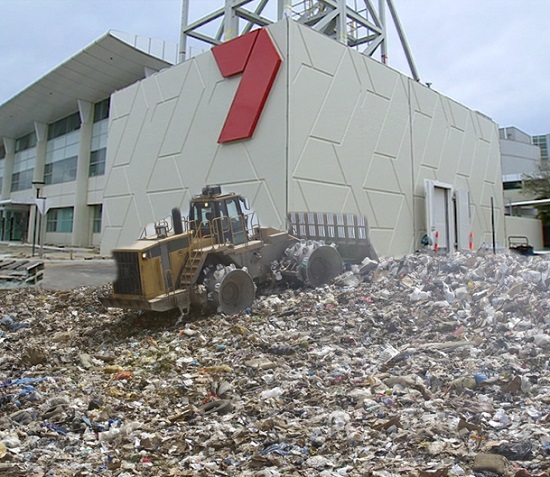 END OF THE FOURTH ESTATE?

Australian media outlets across all platforms are in a grim battle for survival as the coronavirus threatens to crush the very life out of newsrooms across the nation.

The Bug can report that many media outlets are suffocating under the enormous weight of all the usual news stories that are generated on a 24-hour cycle but which are now not being used because entire newspapers and electronic bulletins are being devoted to the pandemic.

Worse hit have been the hour-long news bulletins now favoured by TV stations.

“All of our newsroom computers are chockablock with the stories and images that our reporters would have normally processed and then deleted in the usual short news cycle we work under,” explained a Channel 9 Sydney news producer who asked not to be named.

“Our computers are under enormous load pressure and at risk of being shut down with all the shit that comes in to make our bulletins possible, especially at the weekends when there’s no real news about.

“You know the stuff. Amateur mobile-phone footage of a rather harmless car bingle at Rooty Hill that we run for 20 seconds just because we have it, regardless of the fact that some fuckwit has shot the whole thing in portrait mode.

“And of course our systems are constantly being overrun with media releases asking Ross Greenwood to do a cream-puff piece on some Coles or Woolies price-cutting initiative or a Harvey-Norman bullshit marketing piece on the premise that they’re of interest to struggling consumers but it’s really only a sop to our big advertisers.

“The limited number of journos we still employ would process that stuff, it would be broadcast and then deleted. They don’t have the time to do that anymore.

“They’re out interviewing some dickhead from a boutique brewery who is making hand sanitiser, for fuck’s sake. Is he going to spend any money with us?

“All that other, previously newsworthy material is simply building enormous pressure on our IT systems.”

A spokesperson for the rival Seven Network says his station faces a similar dilemma and it’s not just electronic material.

“I know we all talk about the paperless office of recent decades but you’d be amazed at the PR shit that still lobs in hard-copy form. Fancy documents from pharmaceutical companies boasting the latest pill to ward off disease, lose weight or add to your petrol tank to improve fuel efficiency.

“There’s mountains of this shit that we used to use if they’d promise to advertise. Now there’s no time for this stuff and there’s tonnes of it hanging around and we’ve had to dig trenches to get rid of it all. (pictured at top).

“We were the first to go to a full hour prime-time news because we could pad it with shit that was cheaper than screening #MASH reruns.

“But just like the 7pm ABC News and 7.30, our bulletin is now almost entirely on coronavirus.

“I haven’t seen so many shit stories clogging up our news system since the last royal visit.” 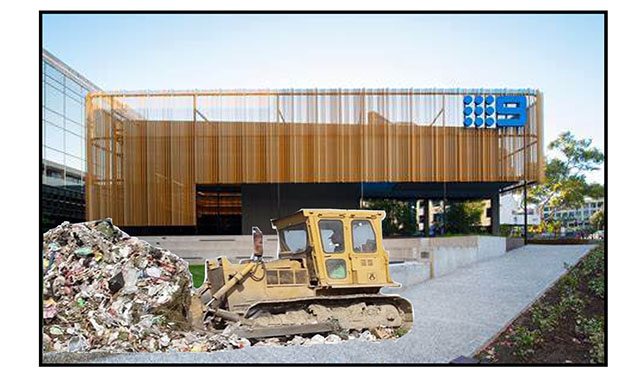