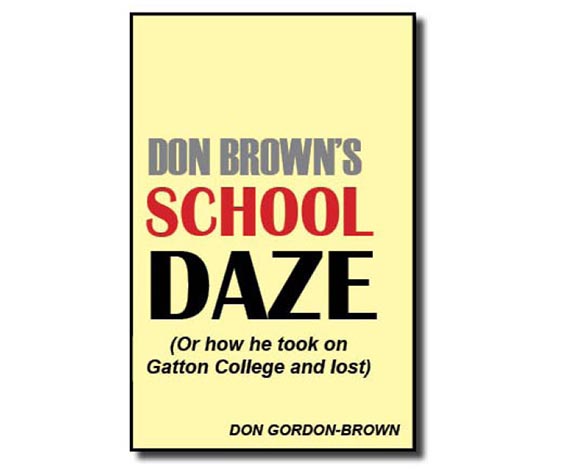 Chapter 17: A bastardising, we did go!

Considering a certain incident on Riddell Dormitory in 1970 turned out to be the pivotal event that basically got me expelled from Gatton College for life, I have a fairly clear recollection of what took place in a student’s room one day in my fifth and final year at the college.

Some aspects of what happened in that room remain unclear to me to this day, and have stayed so during the penning of this memoir through no great desire on my part to research those missing bits.

The overall feel of what went down – the key bits – remain brightly burned into what’s left of my brain cells. They were by necessity seared into my memory at the time. They haven’t changed over time.

Nor do I care a jot that anyone might want to focus on such grey areas to discredit my recount of events and paint me as the awful retrobate and cruel and sinister prick they thought I was back then and some might still think I am.

I most definitely remain totally uninterested in hearing what Alan Hoare, the alleged victim of the disgraceful things that supposedly happened in that room just before lunch one fine day, has to say about what went on.

If Alan’s still with us, he might in fact say the event was the most humiliating and disgraceful thing that ever happened to him. Maybe that’s what he told Nev Hodges at my kangaroo court hearing. Or Briton before hand.

He’d be wrong. It was anything but that.

I’d rather be blissfully ignorant also of what other students might have told Hodges too. I was totally open and upfront with Hodges about all events on that dormitory that I saw or took part in.

If others thought they had a need to protect their arses under the steady gaze of Hodges’ unparalleled and brilliant execution of military law and, i suspect, a quite believable “you’re not in trouble here; just tell me what Don Gordon-Brown did wrong” strategy, that’s strangely fine by me. I’d rather not know.

What I do know is that a handful of us were sitting in the room waiting for lunch and the general discussion centred around girls and what we’d like to do to them if any were ever lucky enough to come into our orbit. And that meant, in my own particular case, within four and a half inches – or maybe a tad closer.

There was some suggestion that shyness was the key factor holding some of us back from carnal glory. I was most definitely in that camp. At that time, a little shy of my 20th birthday, I was desperately looking for my second root, having given up on my first.

Somewhere in this discussion, Alan admitted he was in this shy camp. Had we somehow criminally engineered this admission out of the poor bastard, thus allowing us to strike in a coordinated and rehearsed manner against a weaker member of the herd … or should that be group?

For it’s true that out of the blue someone suggested a dose of testosterone might help Alan out. It might have been me. That horse syringe appeared. It was wobbly, possibly broken; it had to be held in two hands to look functional. It couldn’t have hurt a fly any way even if it had something in it. It didn’t.

I know for a fact it wasn’t mine. There was not much use of a horse hypodermic needle in rural property management studies.

A few of us grabbed Alan – I’m pretty sure I was one of the grabbers and not the pretend injector – and this piece of veterinary equipment wobbled its way across the room.

An event that had only seconds of planning ended in seconds. The needle went nowhere near Alan, or if it did, no skin was broken, your worship, and we let go.

Alan jumped up laughing, as we all were. And then we all went to lunch. I can’t remember what we had. Sue me.

Have you ever heard of such a vile and disgusting thing of that enormity ever perpetrated on a student, or a navy recruit, or army private in the history of all-male bonding and coexistence?

This was no greasing party, a common sight on campus just a few years earlier. This was not the premeditated act of grabbing some shoeshine brushes and bottles of raven’s oil or tins of Nugget boot polish. Of prowling around a dormitory at night with a victim in mind and a sexual assault to achieve, perhaps half a doughie struggling to escape the confines of a few khaki boxer shorts with a maroon stripe on them?

This was a harmless, unrehearsed piece of, ahem, if you’ll excuse the pun, horse play.

I’d declare here and now that I was the only holder-downerer, it was my horse syringe, if  was my room, if I thought up the dose of testosterone idea, if I was also the injector as well and it was all my bloody idea – if any or all of these things were true – it wouldn’t worry or shame me in the least.

What happened there was a piece of inconsequential and harmless, spur-of-the-moment student hijinks that I have absolutely no reason to be ashamed of, or embarrassed about.

The look I saw on Alan’s face was not one of relief from a lad grateful he hadn’t just been put down.

To this day, I have no idea if “the Riddell syringe event” was the one incident that a sharp-eared Nev Briton had heard about and was so appalled by that he felt the need to call me in to give me forewarning of an inquiry to come and to ask I had any problem with Hodges QC chairing that inquiry.

We should, nevertheless, salute his foresight in concluding that there was indeed a incident to be investigated and there was only one recalcitrant to punish for it.

That kangaroo court, its findings and the punishment dished out to just one person, sadly in this case me, was proof positive to me that Briton hated my guts more at that point than I grew to hate him later.

After my suspension from residential status for a full term was announced, I was standing outside the Riddell dorm when one of the Stewart brothers – Geoff or Darryl  – came over to me and said a terrible mistake had been made and he was prepared to step forward in my defence.

I got the impression that he maybe had made the original complaint about something else that may have gone down on the dorm. To this day, I haven’t the foggiest as to what that might have been. I’ve told you the research for this memoir has been intentionally minimal.

I more or less said don’t worry about it. What was done was done. The desired result had been achieved and no-one of any importance had any desire or inclination to change things.

END NOTE: The shitty looking book cover at top is only a temporary makeshift image. Presently, a crack team of graphic designers – the best a total lack of money can buy – is working on a professional and attractive cover in the very unlikely event this memoir ever makes it to print.