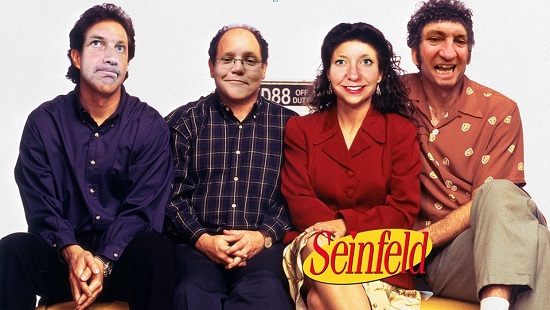 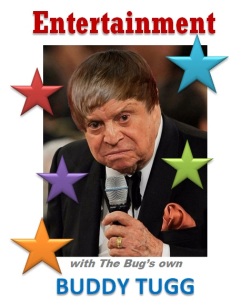 The two men behind the hit TV sitcom Seinfeld have been in Australia for the past few weeks secretly producing a special one-off episode of the globally popular 1990s show.

Closed-set filming at the Village-Roadshow Studios on the Gold Coast has seen a number of Australian politicians take over the iconic roles of the show’s main characters Jerry, Elaine, George , and Kramer (main picture).

Seinfeld’s co-creators, comedians Jerry Seinfeld and Larry David, flew by private jet to Australia a fortnight ago after being inspired to write the one-off episode based on recent controversies surrounding the Morrison Government.

“Jerry and I have been following recent events in Australian politics and saw a goldmine of comedy that we’re sure will get big laughs from audiences in the US and around the world.

“The Morrison Government is really a government about nothing, so it’s ideal for the Seinfeld treatment.

“We’ve based the special one-off Australian show on the 1995 Seinfeld episode The Beard in which one storyline has Jerry undergoing a lie-detector test at the behest of his then girlfriend.

“That episode sees Jerry ask George Costanza — a notorious and expert liar — how George can live with himself while telling so many untruths.

“If you recall, George replies: ‘Jerry, it’s not a lie if you believe it.’

“I’ve got to say it’s one of the most quoted lines we get from fans of the show. It really hit a chord at the time and ever since,” he said.

Jerry Seinfeld said David and he had watched from afar the antics of Australia’s Prime Minister Scott Morrison and had both thought he was ideal to play George in an update of the 1995 episode.

“But because we wrote the new episode entirely around the subject of lying, we thought your Energy Minister Angus Taylor and former Sports Minister Bridget McKenzie should be recruited to play Jerry and Elaine,” Seinfeld said.

“Then we looked around for a ‘Kramer’ and quickly settled on Barnaby Joyce.

“His classic lie, I mean line, pledging support to his party leader after mounting an unsuccessful challenge fits perfectly into the theme.

“Barnaby is also ideal as Kramer because every so often, just as everyone thinks all is well and going smoothly, he comes crashing through the door, ranting and raving about crazy ideas and creating havoc. So Barnaby’s a perfect fit,” he said.