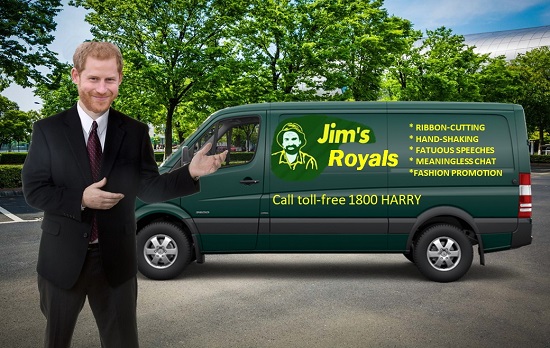 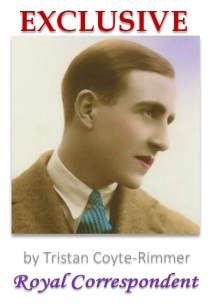 The Duke of Sussex, Prince Harry, has revealed details of the new and independent life he and his wife Meghan are planning in Canada.

The couple will be the first to acquire a new Jim’s Royals franchise covering Canada as part of the successful diversified Australian-based business established by Jim Penman 30 years ago.

Mr Penman began the Jim’s Mowing franchise network across Australia and New Zealand and has since expanded it to Canada and the UK while also branching out into other services using a franchising system.

The Jim’ Royals franchise will offer them the opportunity to market their royal skills throughout Canada and secure a potentially lucrative income.

A spokesperson said the company believed Jim’s Royals would prove a hit and would attract other royal franchises in other global markets.

“We see a number of opportunities for franchises opening up, given the fact the Royal Family is more than likely to be ‘slimmed down’ following the changes made to accommodate the Duke and Duchess of Sussex,” the spokesperson said.

“There are likely to be more royals looking for an independent source of income once they are cut off from the taxpayer-funded support and our franchising model is an obvious solution to any financial problems they may face.

“While the new franchise bought by the Duke and Duchess of Sussex means they have stitched up the Canadian market for themselves, there are many other potential markets around the world that could provide a healthy income and comfortable lifestyle for royals or former royals.

“I can confirm that we will be announcing more franchises in other world markets in coming months, the first being acquired by a formerly senior member of the royal family who told us he was accustomed to making a lot of money and enjoying a lavish lifestyle without raising a sweat.

“We believe we have just the business model to suit,” the company spokesperson said.