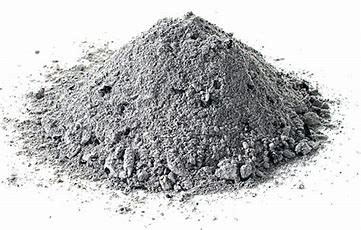 A state funeral date is still to be announced for Prime Minister Scott Morrison (pictured above) after he self-raptured at an unscheduled Hillsong event in Sydney last night.

The PM reportedly rang his friend and mentor Pastor Brian Houston after a fairly torrid media conference and said simply: “I could do with a little singalong and tongue lashing”.

Pastor Houston at short notice arranged a guitarist, vocalist and a small church choir he had been protecting at the time and welcomed the PM to an exclusive evening of spiritual song and prayer.

One of the select group inside the church at the time told The Bug: “The backside of Mr Morrison’s trousers was still smoldering from some of the answers he had given journalists earlier. Those trousers then reignited.

“That heat in turn affected a pet coal rock Mr Morrison had in one of those trouser pockets and it combusted.

“After that, it all happened fairly quickly.

“The sad thing is that church ushers dropped their donation buckets and rushed up quickly with a fire blanket that could have saved the PM’s life but he waved them away. I think he was fairly confident the rapture was upon him.

“Flames then engulfed the PM and I heard him shout: ‘Jesus Christ, I’m coming’.

“I heard him yell out: ‘Please dear Lord, take Jen as well – she’s quite wealthy in her own right and deserves your love – and my daughters both have solid balances in their school bank accounts’.

“Within seconds he was just a pile of ashes.”

The eyewitness claimed that police on their arrival argued heatedly with Pastor Houston over whether Mr Morrison’s death should be reported as ‘death by accidental burning’, ‘death by self-immolation’ or ‘death by rapture’.

After Pastor Houston offered the police officers free membership of Hillsong for a year – valued at more than $3000 – the police accepted “self rapture” as a probable cause of death  “they could get past their superiors”.

Acting Prime Minister Michael McCormack this morning described Mr Morrison as “the most honest and honorable politician I’ve ever had to pleasure to serve under”.

“He promised to burn for Australia and he has delivered on that election-night promise,” the Nationals leader said, unashamedly wiping away tears.

Mr McCormack promised the Morrison family a state funeral at a date to be announced.

One of Mr Morrison’s former Cabinet ministers Peter Dutton told The Bug later: “Scottie was such a money-hungry stingy bastard so he’d love the fact that he won’t have to pay any cremation costs.”

Mr Dutton is expected to throw his hat in the ring when the Liberals meet next Monday morning in Canberra to elect Australia’s 31st prime minister.