The Bug extends an unconditional and heartfelt apology to Queensland Premier Annastacia Bjeljke-Pe….sorry….Annastacia Palaszczuk for yesterday’s story that claimed she had quit politics altogether.

Our Queensland junior politics reporter Johnno Borison has admitted he made up statements attributed to Ms Palaszczuk in his “exclusive” story yesterday, including the fanciful notion that the Queensland Premier had been confronted by an apparition in the form of former federal minister and Speaker Bronwyn Bishop (below right). 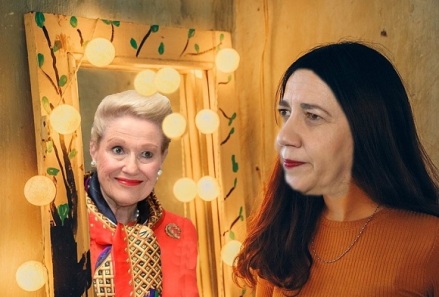 While we have accepted that much of cadet Borison’s scoop was accurate – and he remains the only political scribe to learn that Ms Palaszczuk had indeed quit the Queensland Labor Party yesterday – he accepts he panicked when he could not contact the Premier or any of his usual reliable sources to flesh out the story further and then shamelessly embellished the reasons for her decision to quit.

While The Bug accepts Master Borison’s transgressions as partly the folly of an immature mind out to impress, as one of the few media organisations committed to the fair, honest and balanced reporting of news and rightly proud of our reputation for that, The Bug will never, ever, condone the modern trend towards “fake news”.

We have told Cadet Borison he will never, ever, reach any great height in journalism or any other field of endeavour for that matter, if he wilfully makes up direct quotes. It’s against every principle this newspaper stands for.

He has been suitably admonished and has been restricted to shipping news duties until further notice.

STOP PRESS: Our world exclusive story on Anna Palaszczuk’s new political force will be uploaded before noon. It’s got Gold Walkley written all over it so don’t miss it!