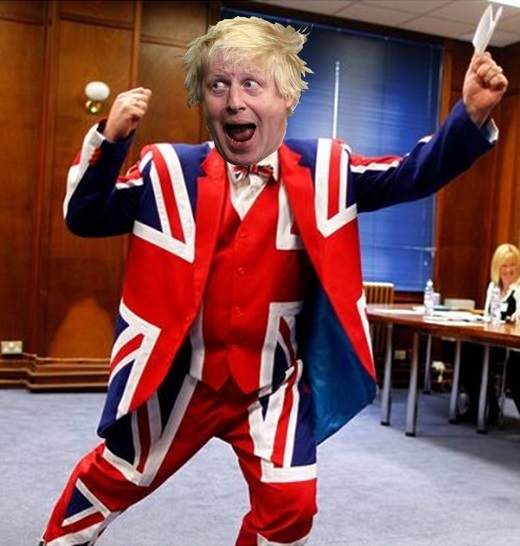 Former UK prime minister Theresa May is believed to be finding strong support as she manoeuvres to reclaim her old job now filled by Boris Johnson.

Sources close to Mrs May said she was rapidly securing sufficient backing among Conservative MPs for a fresh leadership vote and a likely return to 10 Downing Street.

“She’s basing her pitch to MPs on the fact she now has absolutely no plan to exit the EU,” one source said.

“Theresa has worked out that she and her Brexit plan were pilloried throughout her term of office yet Boris had no plan when he was attacking hers, still has no plan, yet he has taken her job.”

When asked by reporters about the rumours and his own Brexit plans, Mr Johnson (main picture) said: “By jove chaps … and chapettes, this is all a bit of a wheeze, what.

“I say, look over there. Quickly,” he urged reporters before having vanished by the time they turned their attention back to where the new PM had been standing.

US President Donald Trump plans a major change in the way he presents his State of the Union address to Congress early next year.

“The President will not be appearing before the usual joint sitting of Congress to give the SOTU next year,” a White House spokesperson said. “Instead he plans to tweet his address to save time and effort.

“He believes be can adequately inform Congress of his brilliant stewardship of the nation within the Twitter character limit.”

The spokesperson rejected suggestions by Democrats that the President was flouting tradition and insulting them as members of Congress.

“The US Constitution requires a President to inform Congress annually on the state of the union, but it does not specify the information must be delivered in person,” he said.

“Besides, if US-hating Democrat members of Congress feel insulted they can go fuck themselves.”

There have reportedly been back slaps galore in the Sydney headquarters of the Daily Telegraph overnight, with senior editors and production staff confident they’ve snared the coveted annual Walkley Award for Really Shitty Headline That Tried Far Too Hard.

One deputy editor told The Bug: “With just a few months to go, I can’t see this front-page effort being beaten, can you?”

The Bug could do nothing else but folau the leader and wholeheartedly agree.

Former Deputy Prime Minister and National Party leader, Barnaby Joyce, has made an emotional plea in Federal Parliament seeking the media to respect his and his families’ privacy.

In a fiery speech this week, Mr Joyce cited the gestation and birth in June of his second son Tom to former political staffer Vickki Campion to attack a Bill introduced into the NSW Parliament to decriminalise abortion.

He had earlier entered the public debate on the adequacy of the Newstart allowance by using his own financial circumstances to claim he was having trouble making ends meet.

During the messy public break-up of his marriage last year, Mr Joyce gave media outlets access to his private life including conducting  a paid interview with Network Seven.

But in a follow-up to his anti-abortion speech, Mr Joyce last night told the House of Representatives that the media should respect his own private life and the privacy of his two families.

To underline his point, Mr Joyce tabled two-month old Tom and sought to have him incorporated in Hansard.