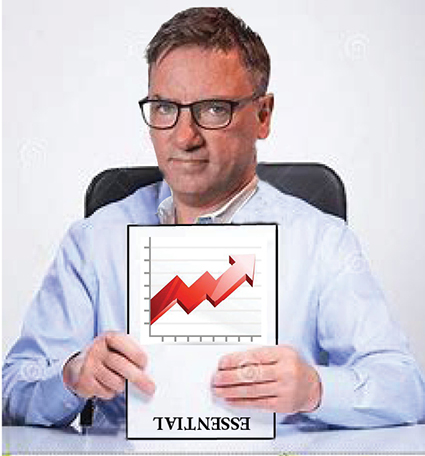 With major players reluctant to resume political polling after supposedly getting the May 18 federal election result so badly wrong, The Bug talks to Essential Media’s executive director Peter Lewis (pictured above) about the future of political polling.

The Bug: You have claimed a lack of precision in the polling has prompted public reflection at Essential, which means you are not currently gauging measurements of primary votes or a two-party-preferred calculations. Did Essential conduct a poll to determine just how wrong its final poll before the election actually was?

Lewis: Eer. No. Of course not. What would have been the point?

The Bug: Because you wouldn’t have a clue how accurate it was?

The Bug: The fact is that your final pre-election poll could have been quite accurate, as might have been Newspoll and Ipsos?

Lewis: Well, no, we now know we were all wrong because the result showed that.

The Bug: For years, we’ve been told, not just by Australia’s leading political journos, analysts and commentators but by the likes of Niki Savva, Barrie Cassidy, Malcolm Farr, Dennis Atkins, Mark Kenny and Peter Hartcher as well, that many, many voters don’t make up their minds until polling day, perhaps not even until they enter the polling place or indeed the booth. So why do you remain so adamant that an Essential poll a few days earlier showing Labor leading 52-48 was so wrong?

Lewis: Well…. eer, can I get my pollsters to find a definite answer for you on that…

The Bug: And if a week is a long time in politics, surely even a day or two is too, especially when you had a big fat selfish…

The Bug: Yes, him, spending an unprecedented amount of print media advertising in those final few days targeting Labor and Bill Shorten?

The Bug: And, in fact, that one pissant pollster who no-one had ever heard of but who bragged that they got it right even if they were too scared to publish it might have been the only one who had it so wrong?

Lewis: That’s an interesting way of looking at things. Have you done some polls?

The Bug: Let’s change tack and assume you are right and your polling methods are shit. Why are you still polling other issues for Guardian Australia?

The Bug Take this week’s Guardian Essential Poll. It has all sorts of figures  about how many Coalition voters support a religious freedoms Bill, percentages for people who agreed or disagreed with loaded questions such as “it is only right that people consider how what they say can affect others” (69%) and “people should not be able to argue religious freedoms to abuse others” (64%). Are your polling methods different from the ones you use when determining voting intentions?

The Bug: In those polls earlier this week, you claimed only 34% of respondents agreed with the statement: “Israel Folau has the right to voice his religious views, regardless of the hurt it could cause others.” It could have been 43% if your methods are so inaccurate?

Lewis: Well, that would be well outside our margins of error.

The Bug: Which is?

Lewis: Well, it depends on the numbers being polled but it our case it’s usually 3 per cent.

The Bug: How on earth would you ever know that’s correct.

Lewis: We do some polls.

The Bug: Okay, So polling about what Australians intend to do at an election a few days out is flawed to billy-o but you poll what people think about a magic sky daddy whose followers feel they need laws to be free to say what they like and we’re supposed to take those results as …. if you’ll pardon the pun…gospel?

The Bug: Mr Lewis, thanks for your time today. How do you think you went at this interview, by the way?

Lewis: I’ll know soon enough as soon as my people finish their field work on that exact question. It’s getting harder and harder to find people with land lines though.

The Bug: Will it be a loaded question?

The Bug: And you’ll have confidence in the findings?

Lewis: 100 percent. Well, eighty, surely? Sixty at the very least if we take every thing into account.

The Bug: That opinion polling is basically a load of bullshit?

Only 34% of respondents in a Guardian Essential poll agreed with the statement: ‘Israel Folau has the right to voice his religious views, regardless of the hurt it could cause others.’