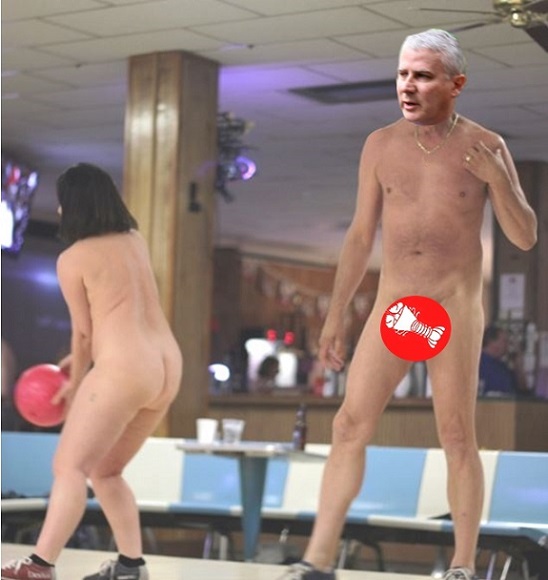 Australia’s foremost political commentator, The Bug’s own RUFUS BADINAGE, went on the road in a bid to find out more about the low-profile federal National Party leader and Australia’s Deputy Prime Minister, Michael McCormack.

In my long and, dare I claim, illustrious care advising governments and politicians of all political colours, I have rarely found someone who leads a major political party yet remains largely unknown to the Australian public.

Such a man is Michael McCormack and now with an election looming and as one of the nation’s leading political commentators it was my aim to find out more about a man usually portrayed as being unexciting or, dare I say it, boring.

The Bug editors had asked me, as one of their senior columnists and commentators,  to spend a week with Mr McCormack to find out what made him tick.

I was asked to see if I could find “the real” Michael McCormack and also find out why he had such a low, if not non-existent, public profile.

While The Bug had arranged directly with Mr McCormack’s office for me to spend a week with him it took me a couple of those days to drive my trusty Hillman Minx from my home in Brisbane to Wagga Wagga in his NSW electorate of Riverina.

At that time Mr McCormack was spending a few days in his home town undertaking some local electorate activities.

Arriving in the afternoon I checked into my motel — a very nice and clean establishment. I was later met there by a member of Mr McCormack’s staff, a pleasant young chap, who offered me the opportunity for a one-hour, exclusive, one-on-one interview with his boss before I accompanied him to several local engagements that evening.

I declined, saying it would be best if I stayed put in my motel room because I was somewhat tired, had not yet unpacked, and needed to ensure my breakfast order was lodged at the reception desk by 9.00 pm and there did appear to be so many choices on the menu.

His staffer tried hard to change my mind, detailing to me what Mr McCormack would be doing that night.

I must admit my mind did wander slightly as he spoke because I was somewhat focussed on deciphering the remote control device for my room’s television set.

The TV itself was one of those huge flat-screen jobs, nothing like my own 25-inch Astor Royal combined television and sterogram back in Brisbane which hasn’t worked well, or at all really, since the advent of the digital TV era.

My trusty Astor doesn’t have a remote control device at all, not unless you count my good lady wife Devon whom I would politely ask to change the channel if she walked through our lounge room when I was watching TV. That was in the days while we were still living under the same roof and before she moved out to her close lady friend’s place.

When I played this little trick, Devon would always play a little joke in return while keeping a straight if not outright mock scowling face, and switch the whole set off, saying without fail: “Change it yourself.” Then she would add “You can’t”, I assume as an allusion to my shortcomings when dealing with new-fangled technologies.

But I digress. Mr McCormack’s young offsider told me his boss would not only go to the theatre that night but would also drop in at a youth music night to beat the drum (about the National Party I assumed), and he also mentioned something about DJs. This was somewhat confusing as I knew David Jones did not have a store in Wagga Wagga.

I readily admit my mind was on the TV remote control but I heard enough to know Mr McCormack’s activities that night did not sound of critical interest to me, nor my readers, so I again politely declined. Instead, I spent the evening in bed watching TV, drinking a hot cuppa made from the free tea bags supplied by my motel hosts, and eating some of their free shortbread biscuits, until dozing off. 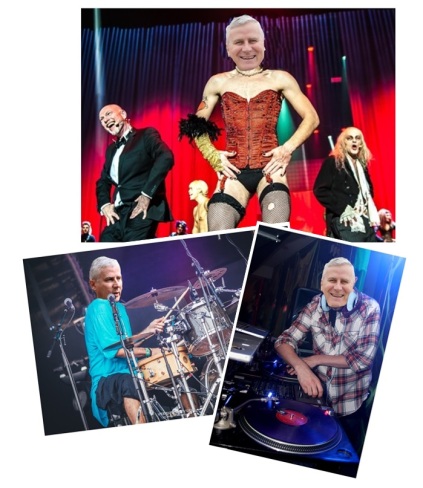 True to his word the young McCormack staffer knocked on my motel room door the next morning saying he had taken lots of photos of Mr McCormack at the previous night’s events for me. I told him to send them directly to The Bug and they are reproduced in this column although I have never set eyes on them myself (at right).

Mr McCormack’s staffer again tried to convince me to accompany his leader on one of his visits around the Riverina electorate.

He said I was welcome to go with the National Party leader to what I took to be a somewhat obscure small town.

The staffer explained that the Deputy PM went there as often as he could because it energised him so much. It apparently gave him an adrenalin rush and recharged the Deputy Prime Minister’s batteries, he said.

While I have never been to the particular little town he mentioned, Bungeejumping or something similar, over the years I have visited my fair share of small country towns so I politely declined his offer.

Besides I needed to wash and polish my Hillman Minx in readiness for my return drive to Brisbane the next day.

But again, the young chap was good as his word and later supplied photos of the visit to The Bug for this column (at left).

He returned that afternoon and again offered me an hour-long sit-down with Mr McCormack but I excused myself as I had not long finished washing and polishing the Minx and was feeling somewhat weary and was looking forward to my usual afternoon nap.

That evening the staffer chap knocked on my door and asked if I wanted to go with Mr McCormack to the local bowling alley of all places where, he explained, the Deputy PM was a member of a league that played a monthly “strip strike” game.

Now I know nothing of the game of 10-pin bowling and when the young man explained it involved removing an item of clothing each time you bowled a strike, I laughed very heartily at his little leg-pull before explaining I needed to get a good night’s sleep as I planned to be up and about early the next morning to breakfast and then hit the road in my Hillman to head back to Brisbane.

He again expressed dismay but I could see no other way for me to have a good night’s rest to be fresh for the drive north the next day, and he did again promise to send through a photo or two of the event which, as I write, I understand is to be used as the main picture to illustrate this column.

So after a comfie night in the land of nod, and after being awaken by the delivery of my breakfast tray it was time to pack my bags, collect all the free motel soaps, shampoo, comb, tea bags, coffee sachets, cellophaned biscuits, and even a couple of miniature long-life milk cartons, then jump in the car for my return trip.

As my Hillman purred along the Newell Highway I pondered the puzzle of Mr McCormack’s image and wondered why  I, like many Australians, had no idea of the type of person he was.

Sadly, I am afraid he may continue to be viewed by voters as being bland and uninspiring, which may show through in results for the Nationals on 18 May.

Just why is that? On my long drive home I concluded that it was a question I too could not answer.

Rufus Badinage MBE, now retired, is one of Australia’s leading experts on politics and public administration having worked as a senior bureaucrat for various state and federal governments.