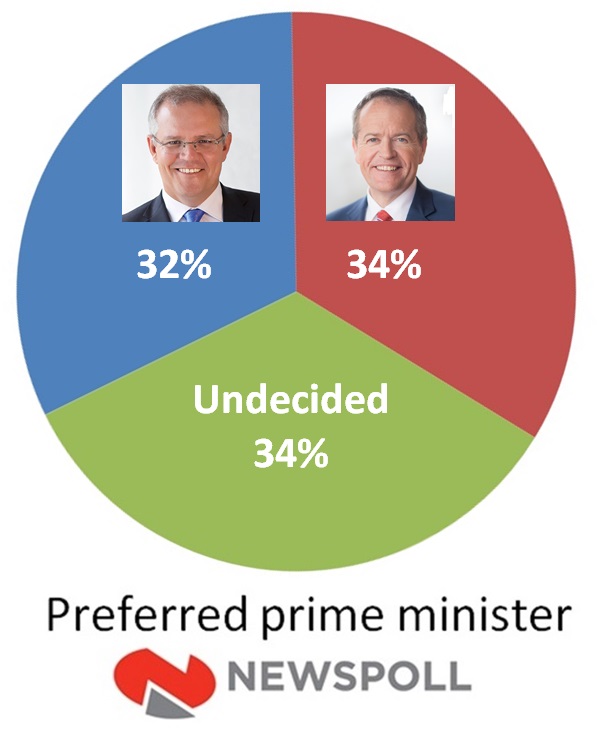 Opposition Leader Bill Shorten has moved ahead of Prime Minister Scott Morrison as preferred prime minister, according to the latest Newspoll to be published in tomorrow’s edition of The Australian.

The Labor leader has a two-point advantage over the PM – 34 per cent to to 32 per-cent, with a whopping 34 per cent undecided as the nation awaits the starter’s gun for this year’s federal poll, expected in May.

It’s the biggest “undecided” pool in the pollster’s history and it’s also the first time a Labor Opposition leader has bettered a sitting PM as preferred PM since Gough Whitlam eked out a small lead over William McMahon in early 1972.

The Australian has taken an understandably bullish view of the result, both on its front page reports and in the words of its veteran and revered politics guru Paul Kelly.

Under its front-page heading, Morrison ups the ante, the national broadsheet writes: “A revigorated Scott Morrison has vowed to ‘bury’ Bill Shorten after the Opposition Leader somehow managed to slither his way ahead of the PM in Newspoll’s preferred prime minister ratings. 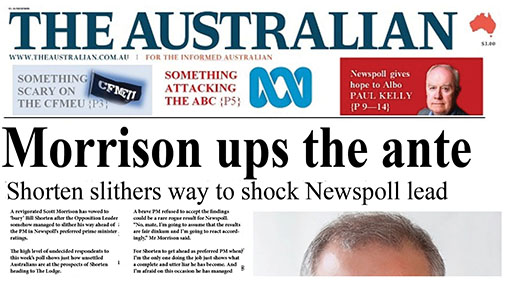 “The high level of undecided respondents to this week’s poll shows just how unsettled Australians are at the prospects of Shorten heading to The Lodge,” the Oz writes.

“A brave PM refused to accept the findings could be a rare rogue result for Newspoll. “No, mate, I’m going to assume that the results are fair dinkum and I’m going to react accordingly,” Mr Morrison said.

“For Shorten to get ahead as preferred PM when I’m the only one doing the job just shows what a complete and utter liar he has become. And I’m afraid on this occasion he has managed to con his way ahead by tricking voters with a fake sincerity smothered in falsehoods.”

And in a thoughtful four-page column piece, Paul Kelly opines: ” The result is an excellent opportunity for a natural leader of Mr Morrison’s ability, marketing nous and fighting spirit to turn things around for our nation’s sake”.

“I wouldn’t want to be in Shorten’s shoes right now and I’m told Anthony Albanese is marshalling his forces and is ready to strike.”

In two-party preferred terms, Labor still commands an election-winning lead – 53 per cent to 47 per cent – despite the LNP narrowing the gap slightly from a fortnight ago. 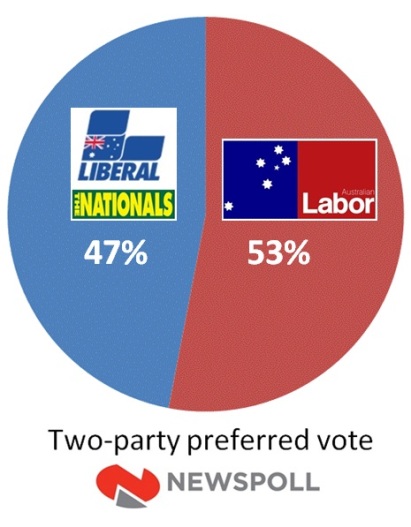 In its editorial tomorrow, the paper praises Mr Morrison for “coping the result fairly on his chin” and refusing to believe the poll result could be a rogue one.

“Nevertheless, the paper has asked the company that runs Newspoll for us to change the wording for the next poll to: “Who do you believe is currently doing a better job as Prime Minister?”.