BRISBANE: Internal Queensland Labor Party polling shows majority membership support for former Premier Peter Beattie (pictured recently) to be once again parachuted into a marginal Coalition-held seat to try to secure a Shorten/ALP victory at the looming federal poll. Seventy-six per cent of those polled expressed the hope that the ‘chute fails to open.

SYDNEY: Details of the first concert in Gladys Berejiklian’s “rock-star” styled campaign for the March 23 NSW election have been released. The three-hour performance at the Sydney Entertainment Centre on February 25 will have the Premier belting out a number of classic rock songs with the occasional ballad for balance and variety, concert promoter John Howard said.

TAMWORTH:  Drought envoy and former Deputy Prime Minister and Agriculture Minister Barnaby Joyce has spoken out on the future of fish species in the Murray-Darling river system. He shouted at reporters at a hastily convened media call: “CARP!!!!”

Asked to expand on his views, Mr Joyce once again shouted: “CARP!!!” He could be heard shouting “CARP!!!” over and over again as he drove away.

MELBOURNE: Senior Morrison Government minister Greg Hunt says he is unfazed by plans by two well-known independents to try to wrestle his Melbourne seat of Flinders from him at the upcoming federal poll. 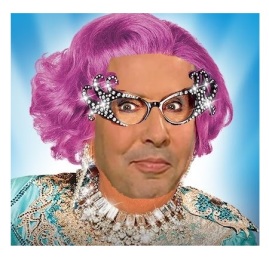 Ms Banks said she was now assembling her campaign team and working on a slogan for her tilt at the Health Minister’s seat.

“I’m seeking a snappy, memorable, and in-your-face slogan that puts the focus on Greg Hunt,” she said.

“It’s difficult because for the life of me I can’t think of anything that rhymes with Hunt.”