Chicken-hearted. Lily-livered. Spineless. An affront to all pioneering and courageous newshounds who have come before you. Not even a skidmark on the undies of a real newspaper man.

That’s just some of the accusations being hurled this morning at Daily Telegraph editor Ben English by the publishers of The Bug after the Sydney tabloid’s splash this morning complaining that Australian laws prevented it from covering a major court story that has lit up the world’s media. 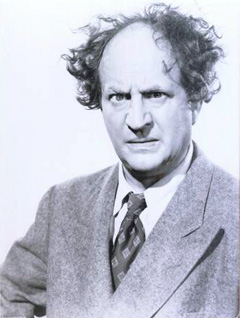 “What a cowardly sook,” one of The Bug‘s senior executives, Lawrence “Coppa” Fine, (pictured) said of English and the editorial he penned on his front page. “If it’s the nation’s biggest story, print the fucking thing!

“But all we have is English ringing his hands with faux outrage just because some silly antiquated law supposedly says he can’t do anything. Well, what the fuck ever happened to newspapers that still hold true to the people’s right to know and who rightly thumb their nose at stupid, meaningless laws designed to protect the rich and the powerful?

“Look at that Tele cover. You call that a front page! This is a front page,” shouted the executive, holding up The Bug‘s own story also published just this morning.

“Imagine the financial resources of Newscorpse to withstand any action a court might try to take against them? What, fine them? Well, whoop de fucking do.

“The Bug is basically saying: this story was just too big to be ignored. We will not be cowered into silence by threats of big fines we have no hope of paying or even heavy jail terms for my associates.

“Frankly, when I saw that Daily Telegraph front page this morning, I was ashamed to share the same industry as these imposers. I hope the Dirty Digger gets on the phone from New York this morning and kicks English’s sorry arse out on the street and onto the unemployment heap where he belongs.

“There was a time that Newscorpse editors got their jobs by bravely ignoring court bans and government restrictions on what the media can and cannot print.”

The Bug’s exclusive story in full: