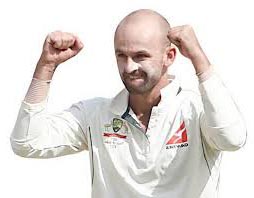 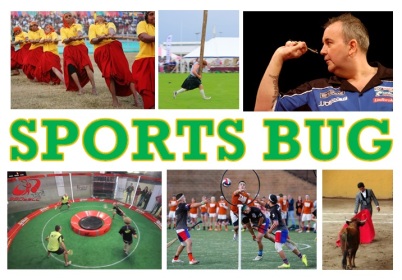 New Australian opener Nathan Lyon says he’s looking forward to being tested on a fast-paced and bouncy Perth wicket when the second Test begins on Friday.

“I’m confident that Josh [Hazlewood] and I can get us away to a solid start at the new Perth Stadium and put this cocky Indian side under pressure from the get-go,” said the GOAT who also often goes by “BOWLED, NATHAN!”.

Lyon’s comments follow the decision by the Australian selectors to largely retain the side beaten in Adelaide yesterday but who have declared that the Australians “would bat in reverse order” in what cricket scribes have described as “a brave and highly unorthodox move” to turn the series around.

Lyon, who scored 62 runs for no average since he wasn’t dismissed in either knock at the Adelaide Oval added: “Really, how hard can it be at the top of the order if tailenders like me can do so well against some of the best spinners in the world on a worn final-day Test pitch?

“On the opening day, balls fizz all over the place and I think the reasoning behind the selectors’ thinking is that the [former] batting line-up from around six drop down aren’t good enough to get nicks anyway.”

Mitch Starc, who fronted the media with Lyon, also applauded the selectors’ decision: “Logic suggests I’m going to be out there fairly quickly because Josh really is a bunny but I’m not so sure. His 13 in the first innings in Adelaide – and that’s 11 more than Finchy and Marsh scored between them – shows he can hang around. At least I can predict he won’t look as if he’s giving slips catches like our [former] top order did over the past five days.

“With a bit of luck on his part at Perth Stadium, I’m quietly confident I won’t be walking out until the shine’s gone off the new ball and we’re well away with a solid 50 or more for the opening partnership. We would have won in Adelaide with that start in our first knock.”

Starc, who scored 43 in Adelaide (only four less than Finch and Khawaja managed between them)  for a 21.5 average will be followed in the batting order by Cummins (average of 19), the injured skipper Tim Paine, if he bats, and then the tail of Head, Handscomb, Marsh, Khawaja and Finch.

But there could still be one late change to the side.

“We think this reversed battling line-up is really going to fire,” said one selector who asked not to be named as Trevor Hohns.

“If Paine is unfit, we are considering a recall for Mitchell Marsh because such a solid start means it won’t matter a lot when he fails. Besides, he’s probably still the best allrounder in Australia at the moment, outside of Lyon, Starc and Cummins, of course, and maybe a dozen Shield players going around at the moment and who remain on the fringe of Test selection.

“And having the two Marsh brothers playing together in Perth wouldn’t harm revenue at the turnstiles,” he added. “Besides, Geoff still has the photos.”

The Bug understands that if Paine is indeed ruled out with his injured finger, Nathan Lyon has put up his hand to be the substitute keeper in order to keep team changes to a bare minimum.

“If anyone can read all the deliveries I currently have in my bag of tricks, it would be me,” GOAT said. “I’ll just have to slow up my deliveries a bit to give me time to get down the other end.”