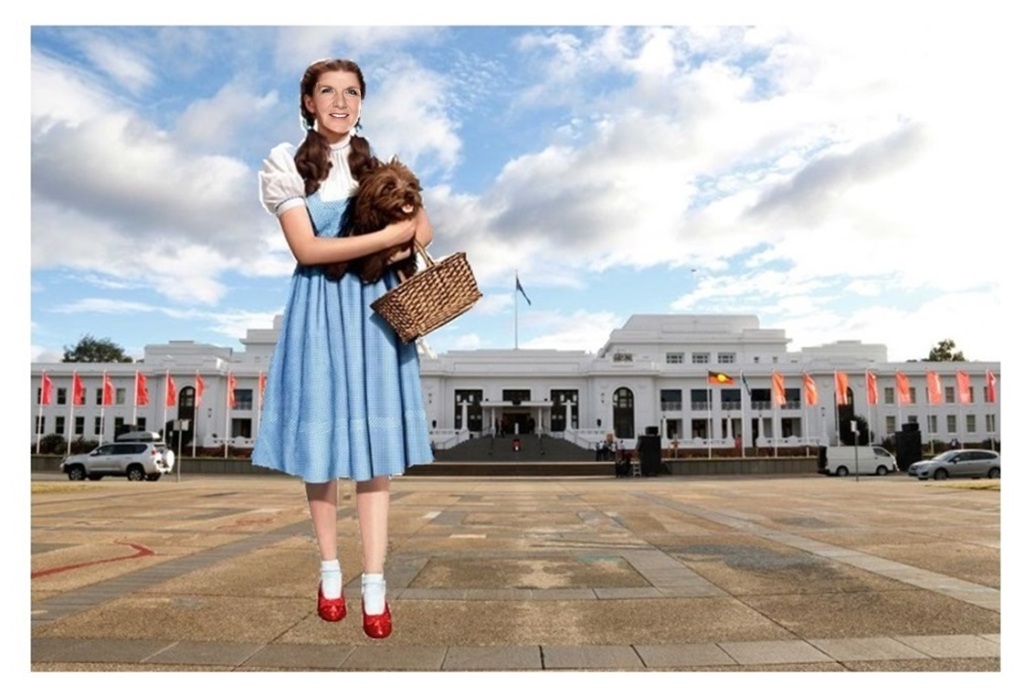 Ms Bishop (pictured) recently gave the museum the pair of Italian made Rodo, red satin, bejewelled block-heel shoes she wore in the wake of being defeated as deputy Liberal Party leader in the party room spill that saw Malcolm Turnbull dumped as Australia’s prime minister.

“My donation was made for very personal reasons, but I like to think it will help all current and future female MPs,” she explained to The Bug.

“I think it’s important that I send a signal to girls and young women to let them know a political career is something they can and should aspire to.

“For too long the work of women MPs has been trivialised by their male colleagues and by the media.

“You only have to look at the double standards that arise in media coverage. Too much attention has focussed on what women in public life are wearing instead of what they are saying or doing.

“So what better way to combat that mind-set than by donating a pair of expensive, bright, pretty but somewhat flashy, high-heel shoes to the Museum of Australian Democracy?

“I will be making more donations including the pair of Yves Saint Laurent Opyum sandals I wore in Parliament recently that have a heel formed from the letters Y, S, and L.

“I might even include the Casti Pearl loafers by Nicholas Kirkwood that I wore to inspect a wharf in Brisbane and throw in some old pairs of Christian Louboutins, as well as some by Louis Vuitton and Sergio Rossi that I don’t wear that much any more.

“In years to come young girls can come to the Museum of Australia Democracy and see my shoes and they will go away knowing that they too could become an MP and a minister or prime minister, provided they are slim, blonde, tanned, fit, and have had a previous career as a highly paid corporate lawyer so they can afford the outfits and accessories to set them off,” Ms Bishop said.