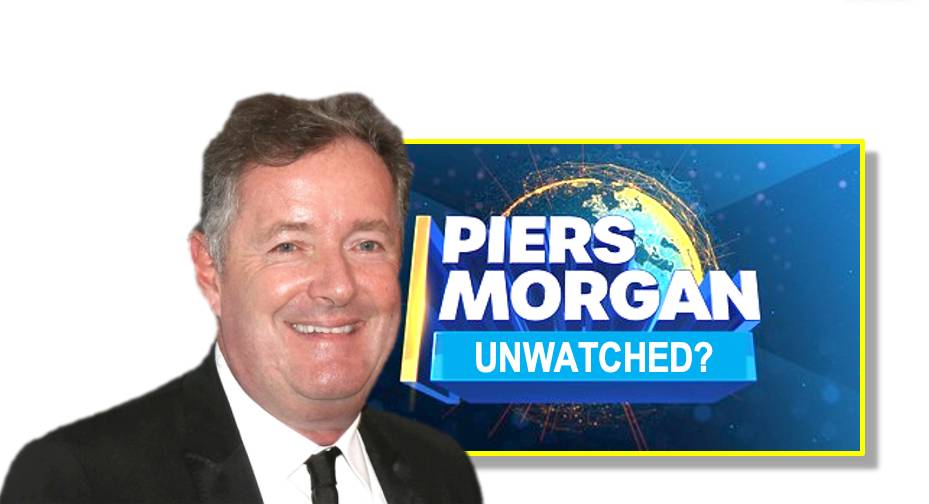 Readers of our Media Glass House will recall the avalanche of free plugs News Crap Australia outlets showered upon UK right-wing loudmouth Piers Morgan in the lead-up to the premiere of his international show titled Uncensored on Sky TV Australia.

Mr Murdoch is reputed to have had the idea himself of signing up Mr Morgan for his new UK venture TalkTV which as far as we can decipher consists of ratbags flapping their jaws and spouting the usual right-wing dog whistling we are accustomed to see on Rupert’s Fox network in the US and his Sky “after dark” programs here in Australia.

Here’s just a taste of the treatment Rupert Murdoch’s fishwrappers gave him in the guise of “news” stories before he went to air.

Sadly for M&M – Mr Morgan and Mr Murdoch – all that promotion doesn’t seem to have helped.

Our MGH researchers say they haven’t heard a peep or read a syllable about Mr Morgan ever since his big splashy entry onto the media landscape Down Under.

It’s a different story in the UK, where Mr Morgan made his name. Various British media outlets have given plenty of space to following the fate of his new show where apparently Mr Morgan and Mr Murdoch’s TalkTV are both reportedly regularly officially recording zero viewers. (below)

No wonder Mr Morgan’s previously high profile in the Murdoch media Down Under is now as low as Mr Murdoch’s ethics.

Last Saturday voters showed that they wouldn’t be told by Mr Murdoch how to vote.

Does Mr Morgan’s performance also show they also won’t be told what to watch. Or have they watched it and discovered it’s just more loud hectoring right-wing shit?

It will come as no surprise that even after the election of a Labor Government, News Corp Australia is still trying to find any way it can to erode the standing of Anthony Albanese even before he’s even formed his new government.

Take the item below in the Sunday Daily Telegraph. True to form it’s a dig at Mr Albanese based on, of all things, the cost of a “democracy sausage” being sold at a polling booth on Saturday in his Sydney seat of Grayndler.

Readers were told that sausages at one booth cost $5 but hungry voters were also offer the option of a “gourmet democracy dog” with onions for an extra $5.

The report remarked that the $10 snags were being sold “as Mr Albanese spruiked an election campaign to ease cost-of-living pressures and increase wages for Australians”.

We are pretty sure that Mr Albanese had no say in the pricing of the barbecued sausages which, incidentally are usually sold as fundraisers for local community groups or for the school where the polling booth is located.

Mr Houghton, a former editor of the paper, made a point in his column published on election day to compare the alleged poor manners he has experienced at the hands of his fellow Queenslanders compared with the treatment he has experienced recently in Tasmania. (below)

His column began: “I have come to the regrettable conclusion that Queenslanders are a tribe of uncouth oafs. That is the feeling I got during a glorious 12-day sojourn in Tasmania where everyone seemed to be unfailingly friendly and genuinely welcoming.”

Des, we hate to break it to you, but we reckon the difference in behaviour can be explained very simply. Queenslander may just know you better than Tasmanians.

It should also be noted that ever since it was elected in 2015, Des has used his column to air his annoyance at the state government of Annastacia Palaszczuk (as he is with any Labor or vaguely left-of-centre administration anywhere on the planet in line with News Crap requirements).

It apparently grew to be such a burden that many months back Des expressed a desire to leave the state and live somewhere else.

We’re still waiting for an invitation to his bon voyage party.

Here’s a clip from The Courier-Mail last week which contains a bit of a lesson in layout for those still intent on producing hard-copy newspapers.

Yes, the man in the photo, US casino operator Steve Wynn, may be old, but not that old.