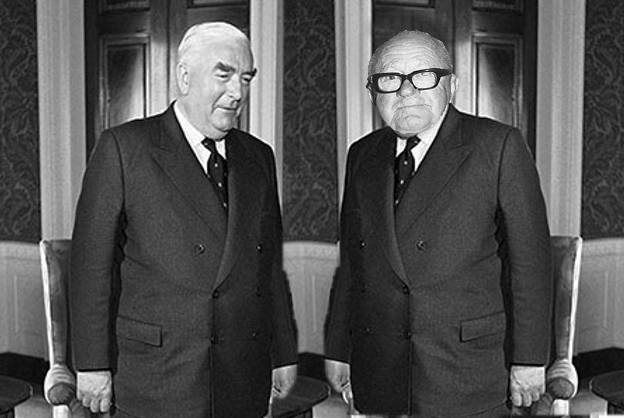 The death of a pioneering Australian actor and social justice campaigner brought memories flooding back for The Bug’s political commentator.

During the week I experienced strong feelings and memories both happy and sad on hearing news of the death of noted Aboriginal activist and actor, Rosalie Kunoth-Monks.

The 85-year-old Arrernte and Anmatjerre woman was a passionate advocate of causes to improve the lives and wellbeing of our First Australians.

But she first rose to fame in the lead role in the 1955 Australian film Jedda about a young Aboriginal lass who is raised by a white family in the Australian outback but still feels the strong pull of her native ways.

It was one of my good lady wife Devon’s favourite movies and I recall it being discussed by her the local women’s group she started very soon after we were married.

I do recall that Devon was always keen to get me out of the house before the weekly meetings started and I readily obliged, not that I didn’t support the broad thrust of the women’s movement, it’s just that I really never had any direct experience of it.

Strangely, the meetings usually consisted of only two women – Devon and her long-time friend Lesley whom she had known since well before we were married. They had always been very close and Les – as Devon always called her and still does – even accompanied us on our honeymoon.

The thought of Jedda brought memories flooding back for me of a day in Canberra in late 1955 when I was on secondment from my post as Deputy Under-Secretary of the Tick Eradication Bureau within the Department of Agriculture and Native Affairs and was working as a special adviser to then Prime Minister Robert Menzies, later Sir Robert. (main picture)

It was a Monday morning when Menzies called me into his office and told me that he and his wife had gone to the movies at the weekend to see Jedda. The film, directed by famous Australian film-maker Charles Chauvel, has the distinction of being the first full-colour feature-length film made in Australia.

“Rufus, I have a job for you,” he said with what, in retrospect was considerable understatement.

When he told me he’d seen Jedda my mind began to race.

Having read some reviews of the film as well as being vaguely acquainted with its subject matter, I envisaged Menzies had a task for me that involved Aboriginals in some way.

Could he be about to ask me to take a leading role in examining the then common practice of taking native kiddies and placing them with Australian families? Even then the benefits of such government-sponsored and church-sanctioned programs were being questioned, albeit by some small, left-leaning but vocal fringe groups and individuals.

Could he be about to hand me the task of assessing the adequacy of Aboriginal health and welfare programs? Again, even in the 1950s some radicals – more than likely funded by the Communists – were eager to stir up trouble on that issue.

Impetuously, I interrupted Menzies and raised both issues, assuring him of my willingness to undertake any form of inquiry into such matters and to provide him with a full report endorsing the government’s actions.

He looked at me with what appeared to be genuine bewilderment, before holding up his right hand to cut me off.

“No, no, nothing trivial like that Rufus,” he said, “I’m talking about a brand new export industry for this country – feature films.”

I was at once downcast – having misread his intentions so badly – yet exultant and full of admiration at such a bold and innovative idea.

“At the moment almost all the films we see here come from America,” Menzies continued. “It’s appalling that our kiddies are being raised on a diet of Yankee movies, with American stars, American settings and American stories….”

I again interrupted. “And British,” I began, before again being cut off, this time by one of the Prime Minister’s withering looks and a stony silence.

“As I was saying,” he continued, “we cannot let the Americans invade this country through our picture theatres.

“We have to fight back – fight them on their own turf, so to speak. This film, Jedda, seems to me to be the ideal starting point. I can’t see why it wouldn’t be a big hit in America, after all there are a lot of people like Jedda herself in America.

“I’m sending you to America as a special trade commissioner for our film industry. I want you to scout around over there, take Jedda and a few of our other films with you, and see if you can’t rustle up a few deals.

“That chap Chauvel, he did Forty Thousand Horsemen, didn’t he?”

I told him yes, Chauvel had indeed directed that epic about the gallantry of Australia’s Light Horsemen in the Middle East during the First World War.

“Don’t tell me the Yanks wouldn’t go for that one either,” Menzies said. “They’d love Chips Rafferty. What about some of the older ones – The Sentimental Bloke, Soldiers of the Cross and Australia Calls – ahead of its time, that one.”

I tactfully mentioned to Menzies that it might be an idea to steer away from silent films, no matter how good they were.

“You’re right, Rufus, as usual,” he said. “Take just the talkies, stuff like the Dad and Dave films, things that show the real Australia.”

The Prime Minister stood up.

“Pack your bags, Rufus, you’re off to Hollywood,” he declared.

On that day in 1955 I knew one thing. I was about to play my own starring role and embark on a great adventure.

I can tell many tales of my time in Tinseltown – happy, sad, and some even tragic – but one in particular stands out.

Rufus Badinage MBE, now retired, is one of Australia’s leading experts on politics and public administration having worked as a senior bureaucrat for various state and federal governments.