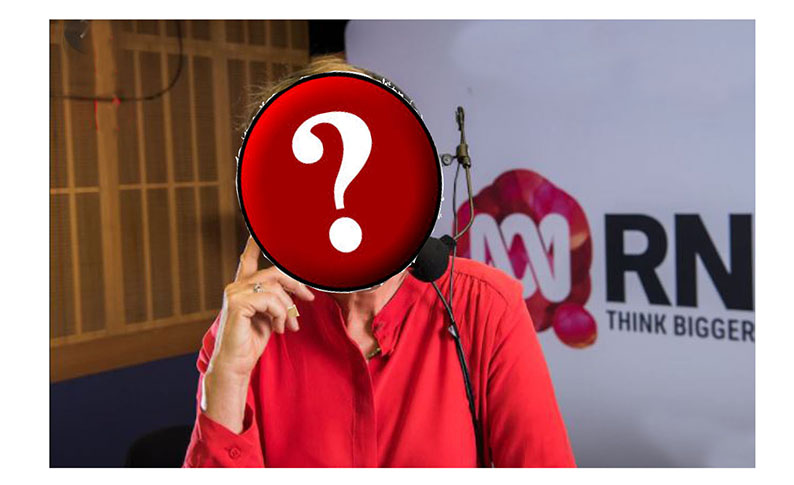 Of all the scoops I’ve broken over my years as the entertainment editor at Australia’s No1 family netzine, none has left me more a’tingle with excitement than the one I’m about the share with you!

I’m talking THE scoop of my long career, and I’ve got to thank an amazing network of insiders I’ve cultivated over time within the electronic media especially.

Of course, who was going to replace the amazing Fran Kelly on Radio National’s Breakfast program after 17 years of unmatched professional brilliance was the story every entertainment writer in this nation has wanted to break since Fran announced this week she will soon be turning off her mike for good!

Who has the reputation for fairness and balance and a wealth of knowledge across just about any topic imaginable to even hope to fill Fran’s amazing shoes?

Well, I can now proudly reveal that Fran’s replacement – and may her career last as long and as brilliantly on Aunty as Fran’s did – is the incomparable …. drum roll please …. the one of a kind …. keep those drums rat-a-tat-tatting … the question’s got to be asked: how has a cash-strapped ABC been able to afford her…. get ready now… it’s….

Parnell, a close personal friend, is pictured below having a practice run at the ABC’s Sydney studios late yesterday.

Not that she needed it! She performed like the true pro she is, and I can report that seasoned production people burst out in spontaneous applause after she spoke effortlessly and fluently for quite a few minutes on one of her favourite topics, woke inner-city latte-sipping greenies and communists hell bent on grabbing this nation from the safe hands of decent quiet Australians everywhere!

One junior producer’s assistant told me: “I closed my eyes and deadset, I thought it was Fran talking!”

Parnell clearly is the perfect replacement for Fran and if I can put our strong personal friendship aside, I genuinely believe Parnell is the right choice. She’ll do the right thing by the government – sorry, I mean the national broadcaster. It’s an instinctive gift she has to always get things absolutely right.

FOOTNOTE: Parnell Palme McGuinness is expected to continue writing columns for the Nine Entertainment Ltd Herald mastheads, at least until she runs out of Institute of Public Affairs executives with fancy titles to quote.