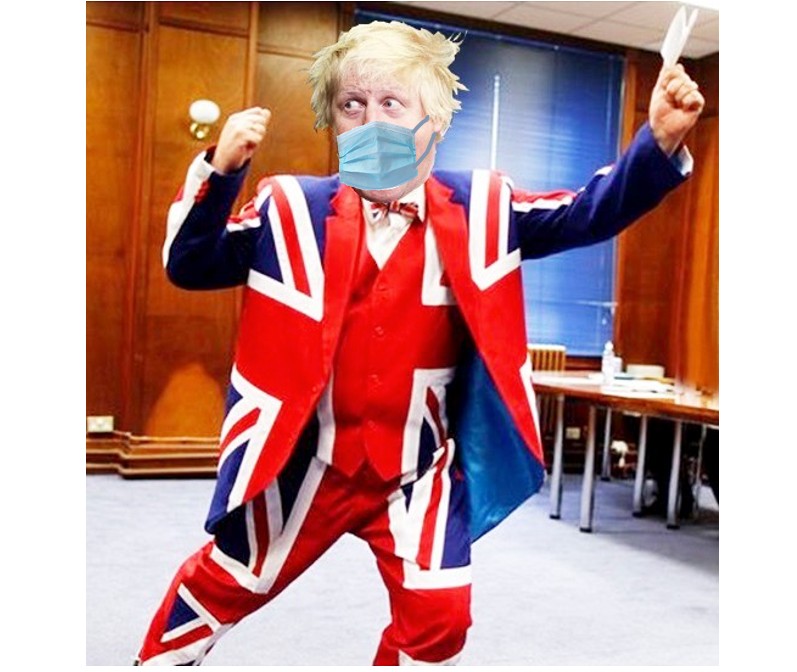 But he has been criticised by the Labour Party for not using his address to spell out any concrete plans for tackling the multiple crises facing Britain including the current fuel shortages that have almost brought the nation and its economy to a halt.

Mr Johnson began his speech – consisting entirely of one-liners and forced puns that he first tried out at the United Nations – by tap dancing onto the stage and singing a slightly smutty sea shanty.

He warned party delegates that his speech would be brief because he had to return to London and his car was waiting with its engine running.

Trade Minister Dan Tehan has finally secured a meeting with a French official during his current European visit.

In the wake of the Morrison Government’s decision to cancel its $90 billion submarine manufacturing deal with French company Naval Group and sign up to buy nuclear subs through its new AUKUS alliance with Britain and America, Mr Tehan appeared to have been “frozen out” of any talks with his French counterparts.

However, a spokesperson for the Trade Minister said a short meeting had been arranged in Paris yesterday at the head offices of the French Ministry for the Economy and Finance.

“Admittedly the 10-minute meeting was with the guy operating the boom gate to the Ministry’s car park and consisted entirely of him swearing in French at the Minister and flicking cigarette ash in his face,” the spokesperson said. “But we view this as real progress in the rebuilding of French-Australian relations.”

“We have directed them to a special Instagram account consisting entirely of pictures of other people’s meals on plates so they can quickly catch up on what they missed during the outage,” an Instagram spokesperson said.

Facebook said it was offering a similar service by directing its subscribers to special accounts containing nothing except misinformation, urban myths, and racist and abusive comments.