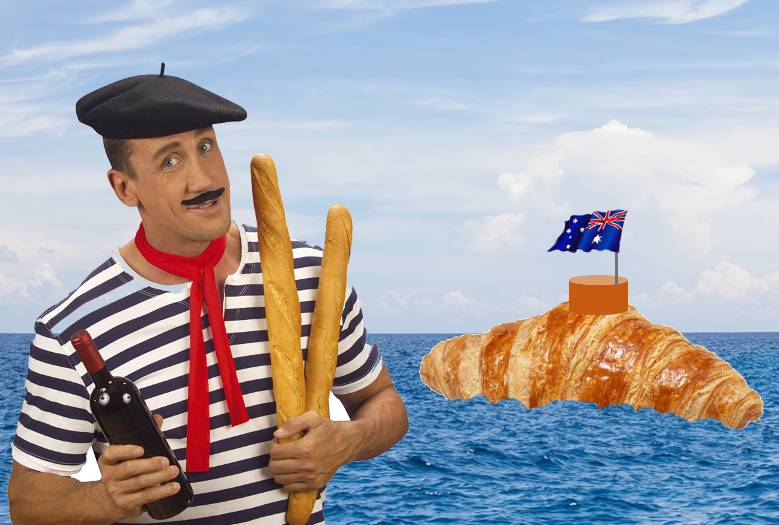 The French company about to be dumped as the provider of Australia’s new submarine fleet says it will not hesitate to take legal action to protect its good name and commercial interests.

Spokesperson for Naval Group, Monsieur Pierre Stereotype, said the Morrison Government’s decision was premature because sea trials had already begun of a prototype of the new submarines. (main picture)

M Stereotype said the alleged lengthy delay in the contract and the claimed cost blowout from $50 billion to $90 billion for the 12 new subs could be explained.

“The major delay so far has been the need to design and supply on-board ashtrays that can accommodate non-filtered Gauloises,” he explained.

“We have finally found a supplier who can meet the specifications, but only by adapting the design of an ashtray that fits Gitanes. Still, merde happens and beggars can’t be choosers.”

M Stereotype said the Morrison Government would live to regret any decision to shun the French-built submarines.

“We have always been under the impression that the major aim of the contract we signed was to deliver a fleet of submarines that was a lot quieter than the current Phil Collins Class of subs operated by the Royal Australian Navy.

“We have no doubt that our Marcel Marceau Class subs are far superior than any of the  nuclear-powered boats that might be available through any deal with the UK and USA.

“Our subs are more than capable of completely silent running. Of course they do make a bit of a racket when the engines are turned on.”

M Stereotype said Naval Group would not hesitate to launch legal action against anyone who denigrated its reputation or professional skills and commercial activities.

“In particular we will be on the lookout for any public utterances that cross the line from good-natured, humorous comment and deliberately stray into the realm of blatant racism or ethnic slurs,” he said while swigging from a bottle of Beaujolais, and mounting a bicycle with a string of onions hanging from its handlebars and riding away whistling an Edith Piaf song with a roll-your-own stuck to his lower lip and playing a small accordion.