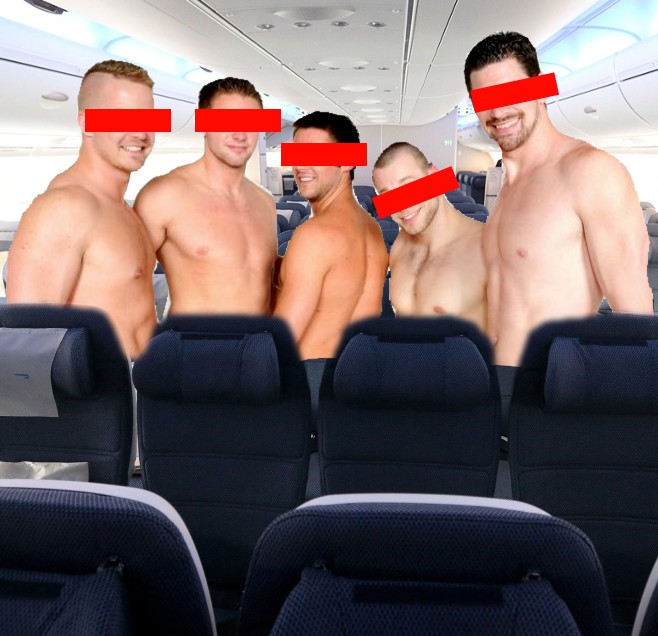 The JDG has defended its Olympic squad players following criticisms of their behaviour on a flight from Tokyo to Sydney.

In a written statement acting JDG national chair, Sir Marian “Licker” Groyne, said all players on the flight had behaved “in the manner we expected, given the circumstances”.

His comments were taken as a reference to the dismal performance by the Australian team at the Tokyo Games where Australia fell out of contention even before the start of the qualifying round after all players were detained by Tokyo police on charges of public indecency.

The team – dominated by players from the Brisbane Bolts but also including representatives of the Perth Prostates, Darwin Douches, and the Hobart Holes – were arrested and charged after flouting strict pandemic quarantining rules by breaking out of the Olympic Village and breaking into the famous Tokyo fish markets where they further flouted pandemic restrictions by not wearing masks or clothes and where several players engaged in sex acts with a chilled but still-live octopus.

As a result of the arrest and detention of all of it players, Australia was forced to forfeit the qualifying round.

The JDG’s international parent body, the Paris-based STNUC, quickly lodged an appeal with the International Olympic Committee which equally quickly dismissed the application and ordered all players to fly home.

The Bug understands the crew of the charter plane that flew the team to Sydney had lodged a formal complaint with the JDG over alleged misbehaviour by players.

Crew members claimed that the Olympic JDG team had consumed all alcohol stocks in the aircraft’s galleys as well as large quantities of duty-free beers and spirits they had carried on board.

Players were also alleged to have removed all their clothes shortly after take-off and had remained naked for the duration of the flight. (main picture)

They were also accused of taking turns at standing in the aircraft’s aisles to engage in what crew members described as “solo sex acts”.

Players were also accused of climbing into and defecating in overhead lockers and hurling faeces at each other.

“It was a real shit fight, and I mean that quite literally,” one crew member said.

CEO of the Brisbane Bolts, Terry Verandah, told reporters that allegations of unruly behaviour on the flight home should be viewed in the context of the pressure the players had been under.

“You pus-sucking maggots in the media wouldn’t know pressure if it reverse-parked in your cloacas,” Mr Verandah said at an impromptu news conference at Sydney Airport.

“Our boys done us proud, that’s all I can say. They can hold their heads up, well some of them can right now. I’m sure the others will be able to do that once they regain consciousness.

“Now get out of my way you floating sewer scum or I’ll slash you all from ear to ear,” he said while jabbing at reporters with a flick-knife he pulled from his coat pocket.

When contacted at the David Boon Lounge at Sydney Airport, head coach of The Bolts, Jack Saunders, dismissed concerns about player behaviour on the flight home.

“It was just a bit of high-jinks,” he said. “Just some good natured horseplay.”

And the Bolts’ legal counsel Dicky Shearman warned off anyone who felt a need to “give oxygen” to the lies being spread about the club’s players.

“Beware the dangers of contiguous libel,” Mr Shearman shouted while searching for new clients in a very smoky Bottoms Up Memorial Bar in Brisbane’s Stones Corner.

Disclaimer: The Bug has been a long-term supporter and sponsor of the Brisbane Bolts.