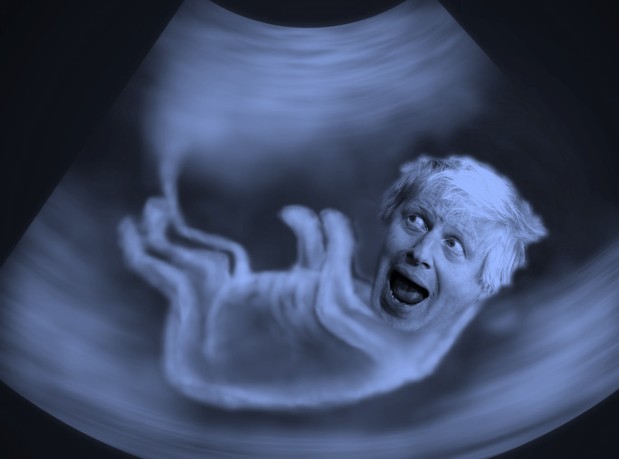 UK Prime Minister Boris Johnson has broken his silence on news that he and his wife Carrie are expecting their second child.

Carrie Johnson took to social media over the weekend to announce she was pregnant, but her husband had refrained from commenting until today.

“I say chaps, and chapettes! What a wheeze!” Mr Johnson said to reporters outside 10 Downing Street.

“I’m sorry I haven’t said anything about bub number two for Number 10 until now but you know my reputation in the, shall we say, trousers-down department. I wasn’t going to say anything until Carrie was sure the baby was hers.

“That’s now been confirmed by an ultrasound (pictured) so whacko! I’m very pleased by the news that it looks like I will become a father for the ….umm…err….”

At this a Downing Street aide whispered in the Prime Minister’s ear who then continued: “I’m very pleased by the news that it looks like I will become a father for who knows how many times you thick, arrogant, randy, over-entitled root rat.

“Oh dear, chaps and chapettes, I don’t think I was meant to say that last bit.