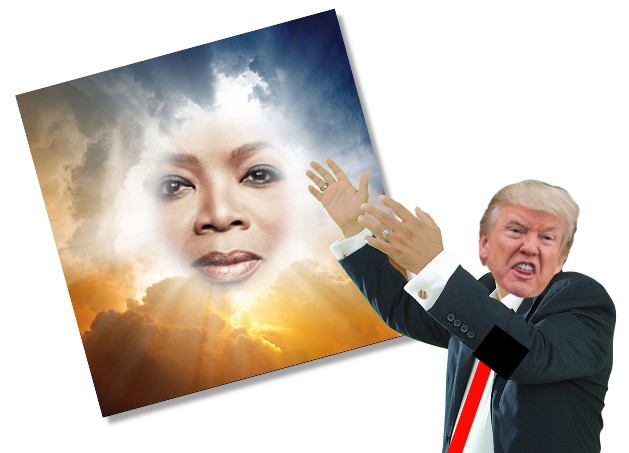 WASHINGTON: President Donald Trump has been secretly taped pleading to God to find him another 50 billion brain cells to make him as smart at the average adult human.

The exchange – God’s replies are inaudible – apparently took place in the President’s White House apartment overnight US time as he knelt by his bed begging for help and a second term.

“Look, all I want you to do is this … I just want you to find me, ah, another 50 billion brain cells – oh, make it an extra 11,780 over that, huh, just to be on the safe side – which is just a little more than the total brain cells I have now,” the President is heard telling the Almighty Being.

“You should wanna have a president who’s not a complete moron. I know you’re a Republican.

“And there’s nothing wrong in saying, you know, uh, that you’ve recalculated my mental capacity.

“You would be respected… really respected if this thing could be straightened out.

“I have a big election coming up on Tuesday and it would be great if I understood what all the numbers meant for the first time in my life.

“Politics is really not my thing but I guess you know that more than anybody.

“And could you please tell Melania to hold my hand when we fly down to Georgia tomorrow.”