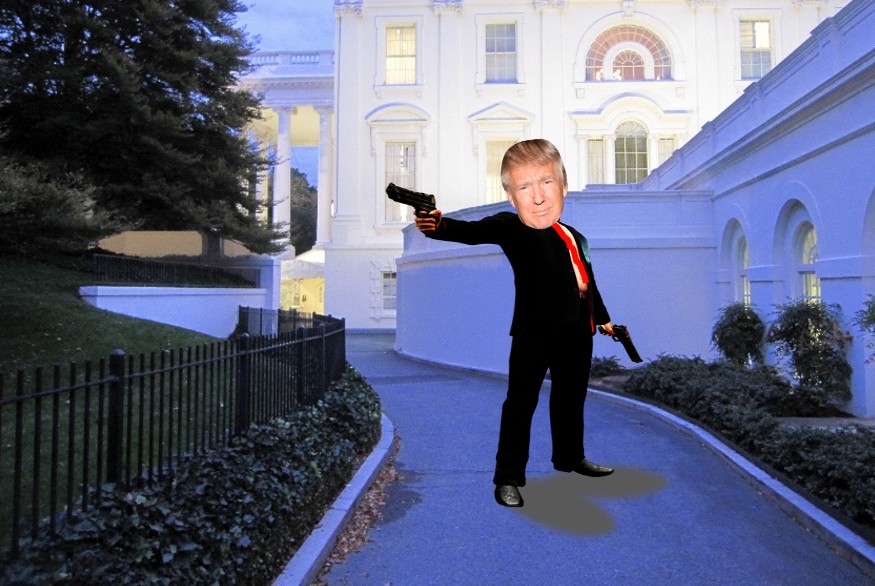 The Secret Service has placed the White House in lockdown after a heavily armed President Donald Trump began roaming the precinct and shooting indiscriminately.

A Secret Service spokesperson said a “siege situation” had developed after Mr Trump’s anger at losing the presidential election boiled over.

“As everyone knows, the President has been in an agitated state since election day and his mood only grew worse after Joe Biden was declared to have secured a majority of electoral college votes,” the spokesperson said.

“It seems that the President used a bone spur in one foot to trip and disarm one of the officers in his personal Secret Service detail and then locked himself in the Oval Office, firing occasionally through one of its windows.

“For the safety of everyone in the precinct we locked down the White House and are preventing anyone entering the grounds.

“Melania and Barron Trump have been evacuated as a priority, and both have been asking us if they really need to return.

“The President has been holed up in the West Wing yelling and screaming at nobody in particular.

“One of our agents who’s an expert in siege situations was negotiating with the President through the locked Oval Office door.

“Mr Trump demanded that US Supreme Court Chief Justice John Roberts come to the White House and swear him in early for a second term.

“But when he was told that Chief Justice Roberts had refused, the President became even more agitated.

“Moments ago our agents reported that he had left the West Wing and is now roaming the White House grounds firing at anything that moves, mainly squirrels. So far he hasn’t hit one,” the spokesperson said.