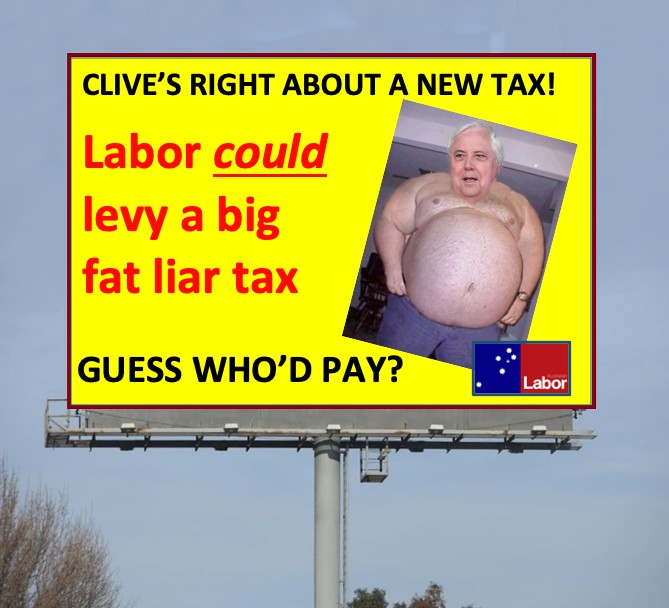 The Queensland Labor Party has been stung into implementing a last-minute advertising blitz aimed at countering the “death tax” campaign being pushed relentlessly by Clive Palmer through his United Australia Party.

A Labor campaign spokesperson said the new advertising push would see newspaper, social media, and billboards (main picture) appearing in the last four days of the campaign leading up to polling day this Saturday.

“We found that Clive’s ads, although complete fabrications, were having an effect on a certain category of voters – those falling into the ‘all voters’ demographic,” the spokesperson said.

“So we have decided to fight fire with fire and have come up with a mini-ad campaign that will run from today until 6pm Saturday when polling booths close.

“We think it will get the message across while not stooping to the depths to which Clive has sunk with his outrageous personal attacks and demonisation of the Premier and all things Labor.

“Besides, if we are re-elected it would have laid the groundwork for an actual fat tax to help pay off the massive debt we’ve incurred from the coronavirus pandemic and all the promises we’ve made in the election.

“So it’s a win-win. Thanks Clive,” the spokesperson said.