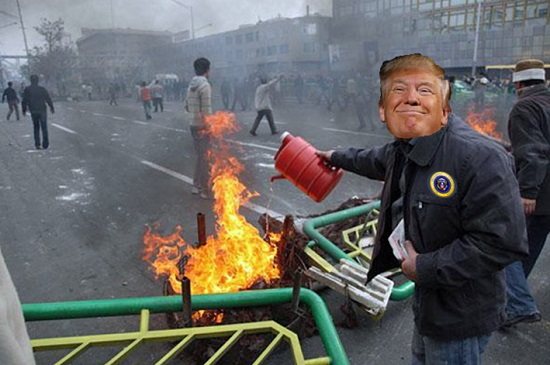 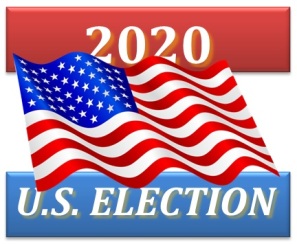 US President Donald Trump has labelled his flying visit to riot-torn Kenosha in Wisconsin as a success.

The city has experienced widespread protests, riots, and major fires and property damage in the wake of the shooting by police of black man Jacob Blake who remains in hospital with serious injuries.

Mr Trump said he was pleased he had the opportunity to see for himself the efforts of local law enforcement officials to quell disturbances (main picture).

The President later attended a community safety roundtable with city, state, and federal officials (pictured) where he dismissed suggestions by some reporters that he was using the visit as an excuse to attack the Democratic Party and divert attention from his mishandling of the nation’s coronavirus response.

“In fact the riots here and in other Democratic Party controlled cities have caused more loss of life than the coronavirus.”

Mr Trump failed to explain his statement but took the opportunity to blame the Democrats’ presidential nominee Joe Biden for the civil unrest and again defended police actions.

“I think it’s fair to say that Sleepy Socialist Senile Sex Pest Joe Biden is personally and totally responsible for the riots and any deaths and damages that they have caused,” he said.

“It’s a tragic situation when he personally encourages so many people in so many cities to deliberately run backwards towards our brave police officers when they are maybe just simply firing a warning shot.

“Similarly it’s very provocative for Democrats like Joe Biden to urge people to take to the streets and deliberately throw themselves on police batons or grab the knees of innocent police officers and put them on their necks.

“It just goes to show you can’t trust a word Joe Biden and the Democrats say,” Mr Trump said.