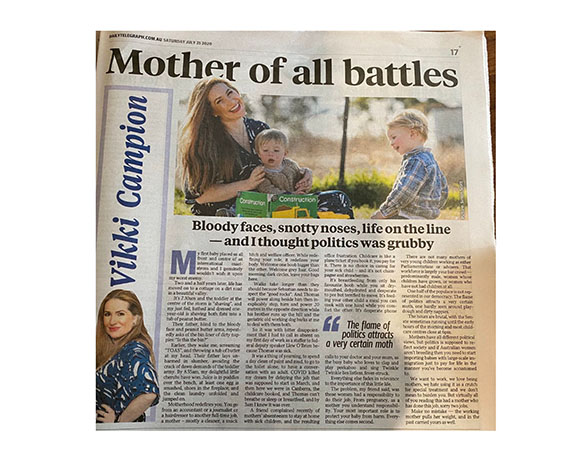 So, how do you feel, people? All of you out there who lost your jobs as journos, printers, ad reps and general office staff when Rupert Murdoch shut down those 100-plus print media titles at financial year’s end?

His penny-pinching accountants couldn’t see a way to scale back some historic, century-old mastheads around Oz to a couple of print editions a week yet the Dirty Digger has found the dosh to employ as a new columnist at the Daily Shitigraph and other titles one Vikki Campion.

Let’s not mince words here. Campion has gotten this gig – and we assume it’s a well-paid, ongoing one – purely on the notoriety over who she’s “partnered”.

It has got nothing to do with her writing ability.

And if she gets to the very top of mainstream journalism just for giving someone famous or notorious a damn fine “partnering” so to speak… well, it won’t be the first time, will it?

Newscorpse giving Campion this column is a wretched right-wing organisation’s fuck-you to all those decent, hard-working people mentioned above.

The column also made the Cairns Post and Townsville Bulletin (below right), making a mockery of Newscorpse’s handwringing at the time of the paper closures and their bullshit promise to boost regional coverage to make up for it. 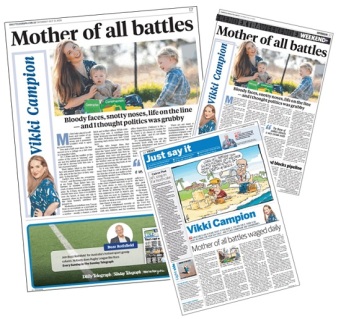 So there’s no talented north Queensland journos who could write regularly with good humour and feeling on local themes as part of their current pay or, heaven forbid, for a few extra bucks a time?

As we all know, Vikki beavered away under her boss former Deputy Prime Minister Barnaby Joyce as a media adviser and who can forget the image of the Beetrooter admiring her body of work (below right). 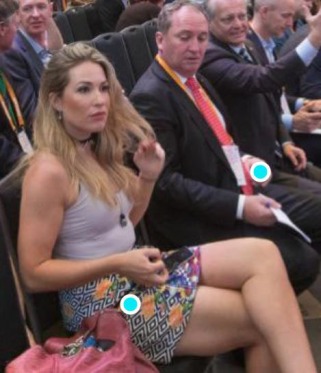 When things got too hot for her there – hadn’t our lovebirds heard of KY jelly – a new highly paid job had to be found for her with another minister, not that she did much in that position before compassionate leave or some such thing called.

It’s nice unwork if you can get it.

Times have been tough since for the Joyce family – his new one – with two young mouths to feed and Joyce struggling to stay afloat on a basic backbencher’s salary and a brief but expensive stint as drought ambassador until that dried up.

Apart from a couple of mobile phone texts, we’re still waiting to see on the mountain of research he sent Smoko for the $675,000 in expenses he racked up for less than three weeks unpaid work.

That sure is a nice expenses claim if you can get it, although neither Joyce nor PM Morrison appear wracked with guilt over the enormity of it all. Where did it all go?

In the meantime, Campion honed her skills as a new mum and her first Shitgraph column (shown at top; the pointers to it below right) was about the trials and tribulations of motherhood that would surely have been a great comfort to all the young families struggling to stay afloat out there, or the young single mothers who are sinking under those hardships. Probably your typical Shitigraph readers. Go figure, hey? 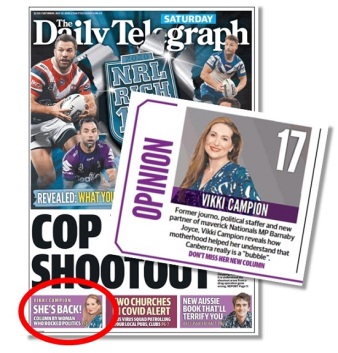 Campion can’t sustain a series of columns on cracked nipples or diarrhoea-filled nappies (been done too many times) or the loneliness of married life when the call from Barnaby comes through that his car has broken down again and he will have to stay at that pub at Uralla just south of Armidale where he had gone for a National Party branch meeting.

No, shortly we’ll be hearing from Vikki her various strong right-wing views on politics, a la Peta Credlin, who of course is fully entitled to expand on such matters herself.

Who can deny Credlin’s credentials from her excellent, politically astute work in making Billy McMahon look statesmanlike and competent compared with the Strop-grinning boofhead and total waste of space that was her boss Tony “Prince Philip deserved that Australian knighthood” Abbott.

And in that case, poor Tony didn’t even throw his leg over, given his love for his wife and his strong Catholic principles.

What’s the betting that over the next few months, Campion’s column will somehow miraculously meander across to the Queensland state election with a heartfelt plea for voters there to rid themselves of that truly dreadful Labor Government and struggling “childless” Premier Anna Palaszczuk?