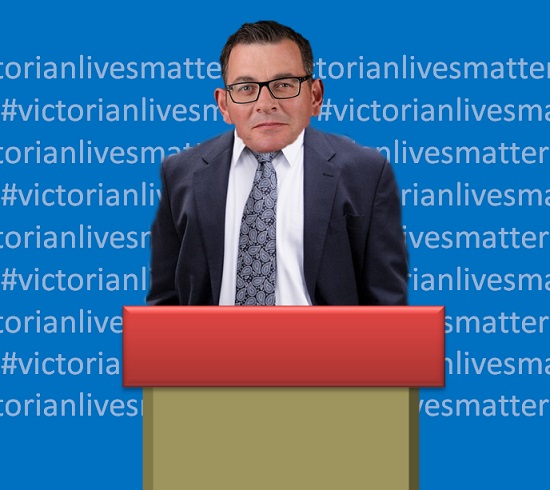 The Victorian Government has launched a new campaign aimed at rebutting derogatory and discriminatory treatment of its citizens by other Australians.

Premier Dan Andrews launched the Victorian Lives Matter campaign in the wake of his announcement  that pandemic lockdown rules would be reimposed in a swag of  suburbs in Melbourne.

“Since we announced our decision we’ve seen Victoria become the butt of jokes but also seriously discriminatory words and actions by people in other states,” Mr Andrews said.

“In particular, the Premier of Queensland, Annastacia Palaszczuk, has singled us out for discriminatory treatment by planning to reopen her state’s borders to everyone except Victorians.

“We have already been suffering because people have been staying away from our state in droves. Now that we have had a resurgence in COVID-19 cases, that will only get worse.”

Mr Andrews said he was very concerned that the state’s capital Melbourne would continue to bear the brunt of the blatant discrimination being dealt out to Victorians by other Australians.

“We’ve had nobody visit our state capital city for months, and that’s now going to continue because we’ve experienced a resurgence in COVID-19 cases,” he said.

“We’ve seen almost nobody visit grubby, graffiti-covered Melbourne laneways and try to kid themselves that they’re looking at ‘street art’.

“We’ve had nobody jumping on and off trams without ever paying, and nobody wandering around Southbank looking for the Yarra River when it’s right there for all to see. Nobody has been going to the ‘beach’ at St Kilda.

“We’ve all noticed the lack of interstate visitors taking photos of motorists trying to perform hook turns at CBD intersections.”

“So at least it hasn’t been affected,” he said.