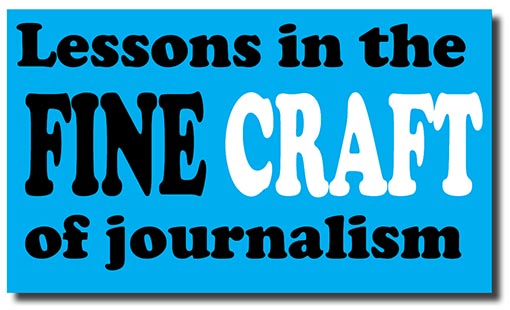 It’s sometimes the little mistakes that make it through to the printed newspaper that give us the most insight into what went wrong in the subbing process.

Let’s us explain. Take the simple mistake above that made its way through to the press room at the Sydney Morning Herald last Friday night – a simple mix-up of two words that any decent sub should have picked up in a flash, no matter how under the pump, how snowed under or how tired, pissed or both they were at the time.

Clearly, Peter FitzSimons meant to write this about and his sparring partner Nick Farr-Jones: “We have disagreed on many things for exactly 40 years…”

Okay, so his typing fingers got ahead of him.

Maybe he was day dreaming about what he needed to tell his researchers about next month’s book?

But for whatever reason, it came out thus: “We have agreed many on things for exactly 40 years…” 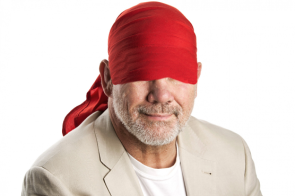 As mentioned above, these little errors can be instructive. It’s not the case of a sub letting through a literal because they can’t spell “commitment” or “remuneration” the right way.

Or letting some factual error through such as the name of a major road in the city they work in – mixing up, say Fred Schonell Drive with Kingsford Smith Drive in two very different parts of Brisbane or the fact that Shane Warne was not one of Australia’s best ever and most feared fast bowlers.

These are only examples, mind, and have never happened in practice in the history of Australian journalism. That would be very sad, right?

So let’s get back to “many on” and “on many” matters. Because they do matter.

That fact that such a simple mistake slipped through the process allows us to ponder a greater possibility: is the esteemed Peter FitzSimons one of those writers/columists who have made it clear that their copy is not to be touched in any way, shape or form?

The sort of edict that makes subs nervous and prone to letting through simple little things they should be allowed to fix?

If you don’t think such puffed-up pensters exist the world over, The Bug in another life was “subbing” a great cricket writer’s column for a London daily in 2000. It might have been that dear old thing Henry Blofeld.

When the story lobbed in the Bugger’s inbox to sub, he saw the text had spilled over into the overset box by quite a few paragraphs. Certainly far too many to crimp back with the sorts of techniques and devices this highly trained sub had at his disposal to deal with, or with which to deal.

“You did what!!!!” the chief sports sub exclaimed, turning quite white, when told the great man’s copy had been subbed! You know, like, by a sub!!!

“We can’t touch his copy at all,” the chief sub explained, making the Bugger wonder what he was doing there that night apart from earning a hundred pounds at a very lucrative exchange rate with the Australian dollar at the time.

The chief sub redrew the page, cropped the main picture, and brought each and every word of this precious piece by Blowers back into the main text box.

All the Bugger had to do was put on a heading and some blocklines that the revise subs always changed anyway.

Oh, and fix up widows and orphans and put the necessary “dugongs, omlettes and other accent markings on various bowels and consistents” as any number of chief subs with funny Scottish, Welsh or Estuwarian English accents had instructed him so to do.

So, we at The Bug wonder if FitzSimons is one of Down Under’s versions of Blowers – all pretentious and puffed up with a misguided sense of his own professional importance.

That is a distinct possibility,  given the pretty basic and silly mistakes that crop up in his weekend columns from time to time.