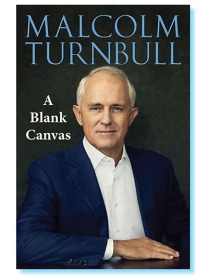 With sales of ex-Prime Minister Malcolm Turnbull’s latest memoir (pictured) reportedly going gangbusters according to fellow authors and some scribes who should know better, The Bug sent teams of reporters out onto the deserted streets of Oz to find out what average Australians who have read the tome gleaned from it.

They found them empty so began knocking on doors. The testimonials below are just a small sample of what they heard.

I only had a spare $30 on me so I was reluctant to stump up the extra $35 needed to buy a copy of this $50 book. Nevertheless, I really enjoyed it as political fiction is one of my favourite genres. I then sold it to a friend of mine, an ex-copper from Queensland, who gave me $44 for it after he declared there was no way in the world he would pay a cent more than half of what I paid for it. 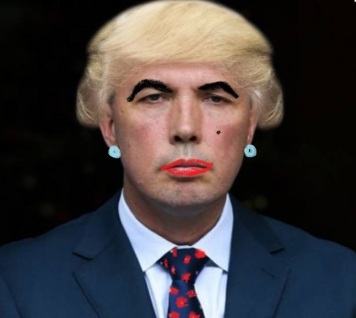 I simply could not put this book down. I threw it against walls, down lift wells, over the cliffs down at Redcliffe at high tide, drove over it in my Landrover. How this silver-tailed toff could write that he did everything he could to stop Peter Dutton from being prime minister exposes his enormous ego and totally undeserved sense of self. I don’t know Peter Dutton at all but he would have made – and I’m sure one day soon will make – an excellent PM.

Well, it wasn’t the bodice-ripper I was expecting but can I simply say that the great man’s genius simply jumped out at me from each and every page. Dead set, those 600-plus pages simply rushed by faster than it used to take me to service a client in the Bottoms Up Bar down near the Cross back in the day.

My wife, Lucy …. I mean Linda … and I were so enamoured of this excellent political tome that we each bought 10,000 copies to share as gifts over coming months to family and friends.

I had to put my turbo-charged diesel Toyota Landcruiser 4500 XPGT up on blocks the other day for reasons I won’t bore you with but just eight copies of A Blank Canvas served that purpose perfectly, especially as I bought them in the remainder bin at my local bookstore for only $9.99 each.

The constant message that jumped out at me with every re-reading of this excellent political memoir is the terrible damage that has been done to this once-lucky country by far-right-wing forces of evil who prevented this amazing statesman from being prime minister for as long as he wanted the job. Our nation will take decades to recover from this terrible injustice.

I was left dumbfounded – I really was – by Malcolm Turnbull’s claims as to how much he supposedly achieved in his three disastrous years as this nation’s prime minister. I mean, really, he didn’t knight Prince Philip, didn’t come up with any three-word slogans, didn’t shirtfront that Russian guy, and didn’t embarrass the nation at the G20, or do anything else worthwhile as far as I can determine. I guess it comes from not having a strong and politically brilliant chief of staff like Peta Credlin constantly riding him.