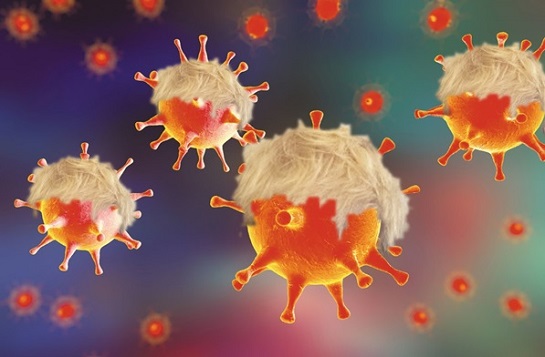 LONDON: UK virologists have isolated the unique strain of the coronavirus they believe has laid low Prime Minister Boris Johnson.

“Each form of the virus has its own characteristics and therefore results in differing symptoms in those it infects,” she said.

“We have isolated and carefully analysed blood samples from the Prime Minister and have determined he has developed his own unique strain of the virus (main picture).

“It appears this particular strain causes both mental and physical symptoms in its hosts including confusion, narcissism, physical and mental untidiness, and a general appearance of being a bloated, clueless wanker.”

WASHINGTON: US President Donald Trump says he is focussed on tackling the nation’s coronavirus crisis and is not concerned about how his actions impact on his public image in an election year.

However, at a White House news conference Mr Trump allowed himself a moment of self-reflection when a Fox News reporter asked if he agreed with the network’s description of him as a wartime President.

“That’s a little off topic right now, but yeah, I’m proud to be a whoretime President,” he responded.

SYDNEY: There appears to be a truce in the previously bitter blame game over the release of coronavirus-infected cruise ship passengers into the Sydney community last week.

NSW Health and Border Force officials have been at odds over the action since it was discovered that some passengers had been carrying the covid-19 virus and at least one passenger has since died.

“We don’t believe we did anything wrong,” a Border Force official said, “But let’s just say I think both us and NSW Health have learned valuable lessons from the incident.

“We’re both determined to do better in the future and we’re working together on plans to handle future ship visits.

“We’ll have opportunities to see how they work when the Virus of the Seas that’s arriving back from its cruise to Italy via China and Iran docks at Circular Quay tomorrow,” the spokesperson said.