The Australian Broadcasting Corporation has axed the political satire show Mad as Hell after its episode last night bombed miserably without a live audience to spark it along. 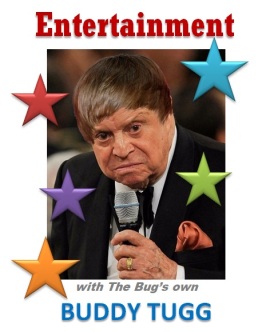 “A live audience couldn’t be there and the show’s cast gave the impression they didn’t want to be there either,” an ABC insider told me not long after the show’s credits rolled at 9pm.

He was referring to the fact that the show was taped without a live audience due to the latest crowd restrictions imposed by the Morrison government in its efforts to combat the Coronavirus pandemic.

I can report the edict to axe the popular show came from the very top, with ABC chair Ita Buttrose telling me early this morning: “I thumtimes fall off my thofa at home and pith myselth laughing over the thow’s thilliness.

“But theriously many of the jokes fell flatter than a Michael  Rowland pun on News Breakfath.

“I phoned my thenior executives immediately and ordered the thow pothponed until a live audience can be rethumed.”

I must admit the phow – I’m sorry the show – was at its funniest early on when the laughter of a supposed live audience turned out to be a cast member using a canned laughter machine to reward Shaun Micallef’s usual opening-sequence face-pulling antics.

The show still had some clever moments, such as when cast members tried to impress Tom Hanks whom they thought was watching. And some of the political barbs were as sharp as ever.

But who said silence was golden? With the show being played out in silence, even the magnificent Micallef looked unsure and hesitant.

And I’m sorry but the big question has to be asked: was the show in fact ever that funny when it was peppered with supposedly sponthane… – sorry, spontaneously – audience laughter?

Maybe that raises a second question: was that audience laughter during this popular show’s entire time “enhanced” with appropriate levels of canned laughter anyway?

And maybe a third. Seeing last night’s show bombed, perhaps the show should just have use canned laughter to thave … bugger that’s a hard thing to throw off ….. save the show’s bacon?

It will be no laughing matter indeed if Mad as Hell gets to be remembered as Bad as Hell or Sad as Hell.