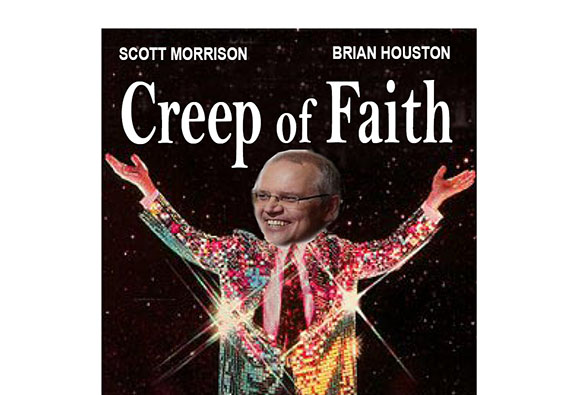 Your performance in the remake of the 1992 classic Leap of Faith that starred Steve Martin and Debra Winger is nothing less than mesmerising.

It’s an emotional rollercoaster of a ride and an acting tour de force, the likes of which I have never experienced before in decades of watching and reviewing what’s on the silver screen.

I was lucky enough to take in a preview screening at Fox Studios in Sydney overnight just before the 500-plus people event ban kicks in on Monday morning.

The applause that accompanied the end titles is still ringing in my ears. It would have been louder if around half the audience hadn’t raised one arm with palm upward, forcing them to clap one-handed.

If my prediction of Oscar and AACTA glory doesn’t come the PM’s way after this breathtaking, fire-and-brimstone performance, I’ll give the game away. 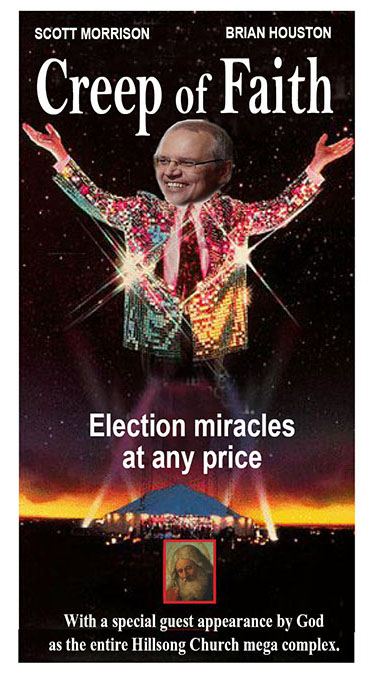 And I can now reveal that the film was shot entirely in Hawaii late last year and last-minute production hiccups were the only reason a distressed and worried Australian leader couldn’t rush home earlier to coordinate the fight against the nation’s disastrous summer bushfires.

As mentioned, the film is a giddy mix of the storyline from the original film in which a religious conman slowly sees the error of his ways, but with an explosive new ingredient – the seedy world of mainstream politics.

In this remake which I personally think puts the original in the shade, Morrison’s character, feeling he has run his course as a Pentecostal tent preacher, turns his attention to mainstream politics and destroys anyone in his path as he makes it to the top chanting his mantra: “Never apologise for anything.  Ever.”

Here’s another tip. When Morrison’s actual political career comes to an end, he’s got years ahead of him as one of the all-time greats of Hollywood.

The guy’s a deadset natural.

Creep of Faith (M) begins its Australian run in cinemas everywhere on Thursday.