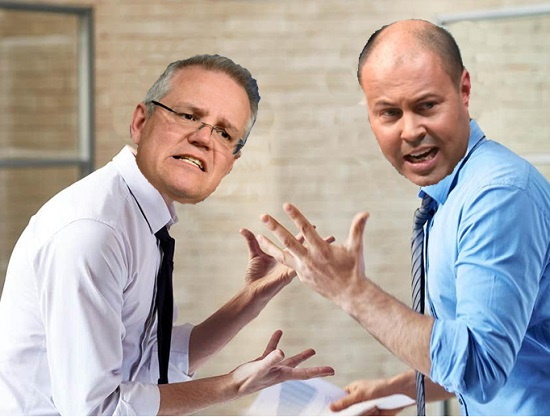 A major rift has appeared in the Morrison government over its planned $10 billion stimulation package to try to avoid the country slipping into recession from the effects of the summer bushfires and the spread of Coronvirus.

The Bug understands that on the very day some details of the package are being released, the Morrison government is deeply divided over both the timing and the nature of the massive government spend.

“Everyone in Cabinet is happy enough that any spending program must be based on trickle-down economic theory so that the most benefit goes to those who need it least but support us most,” one junior Cabinet member said on condition of anonymity.

“That’s a core LNP belief and no-one has any problem with that at all.

“What’s causing most of the friction is the timing of the spending program and whether the various grants and support programs that we come up with should have titles that make sense or are totally misleading like they’ve always been in the past.”

As the Cabinet junior minister explained: “The PM wants the spend to take place on the eve of the next election in 2022 with at least 20 per cent of funding allocations made in the caretaker period.

“Josh has always been a stickler for doing things by the book and believes all the grants should be allocated by the PMO before the government goes into caretaker mode.

“Both men are insistent that theirs is the right way to steal the next ‘unwinnable’ election.”

The other major rift is across party lines with the Coalition partner National Party arguing for various grants programs to kick in almost immediately.

“The Nats for example are pushing hard for the Capital Cities and Environs Dumb Fauna Population Rebuilding and Survival Grants Scheme, with some $2 billion to be allocated to existing National Party seats to protect Michael McCormack (below) from any future leadership challenge from the Beetrooter [Barnaby Joyce].” 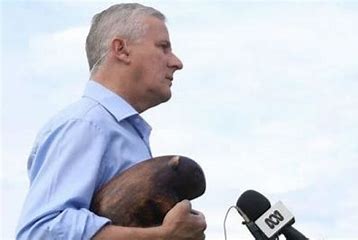