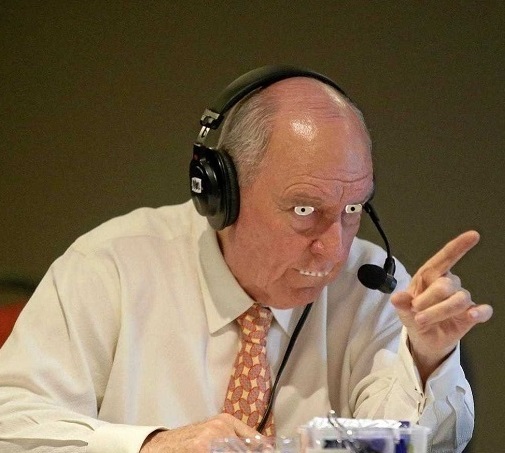 In September 2012 at a Sydney University Liberal Club dinner Jones was recorded saying then PM Gillard’s father John had “died of shame” because his daughter told lies.

When approached for comment about current PM Morrison’s recent litany of untruths — from his office denying his absence from the nation on a Hawaiian holiday during fatal bushfires to more recent porkies about pork barrelling — Jones referred questions to the management of radio station 2GB.

A spokesperson for the station said any perceived failure of Jones to declare the late John Morrison had died of shame on Wednesday night should not been seen as bias on the part of the veteran broadcaster or a double standard in how he treated the Liberal Party compared with the Labor Party.

“We believe Alan is known well enough to Australians who, when considering his record, would undoubtedly believe he treats both major parties fairly,” the spokesperson said.

“For instance he has always been immensely hurt by suggestions that he generally goes fairly feral and almost pops a valve when berating Labor and any Labor politicians for just about anything and everything Labor does or stands for.

“And Alan’s always terribly  miffed by silly suggestions that he is generally accommodating and supportive of Liberal pollies and fairly creams his very expensive slacks when interviewing them on his show.

“Alan is very particular about when he creams his pants and showing a lack of balance on politics is not one of those occasions. He really can’t be any fairer than that,” the spokesperson said.