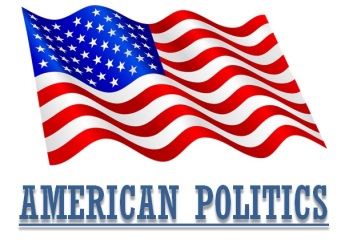 Republican Party powerbrokers have settled on a potential replacement candidate for the 2020 US presidential election if Donald Trump is sidelined by the current impeachment process.

The Bug understands the party’s administrative body, the Republican National Committee (RNC), has been trying to find a suitable alternative presidential candidate as a safeguard against a successful impeachment of Mr Trump.

“The search for an alternative to Donald Trump began almost as soon as he was elected, but has really stepped up since the Democrats initiated impeachment investigations,” one RNC official said on condition of anonymity.

“But until now the options were limited and in fact the list of possible alternative candidates had only one name on it — Vice-President Mike Pence.

“But as of yesterday those in positions of influence in the RNC and within senior ranks of the Republican Party have expressed unanimous support for tapping Conan, the US Special Forces dog (main picture) who took part in the recent raid in Syria that resulted in the death of Isis leader Abu Bakr al-Baghdadi.

“The contrast between Conan and the President as well as the Vice-President at the White House ceremony where he was given a medal for his actions in the raid was crystal clear,” the RNC official said.

A senior Republican Party Senator who asked not to be named agreed.

“Conan was dignified and behaved in a way befitting the majesty and history of the White House,” the Senator said.

“Admittedly he took a dump on the Rose Garden lawn, but the current President’s been doing that metaphorically anyway.

“Conan looked like a real leader and would have wide appeal as the Republican presidential candidate based on his military service alone.

“In fact he’s served his country in uniform longer and better than the President and Vice-President combined. The fact Conan was also wounded in the Syrian raid just adds to his heroic aura.

“Even though he only barked a few times at the medal presentation, he made more sense than the President or Vice-President did in their remarks.

“I detect a groundswell for Conan among Republicans fearful of losing the White House in 2020 if we stick with Donald Trump.

“If I were Conan I’d be practising my acceptance speech for the Republican Party nomination convention in Charlotte, North Carolina next August,” the Senator said.