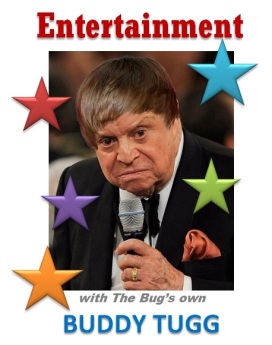 Fifty years after George Lazenby became the only Australian to play James Bond on the big screen, an Aussie will again fill the role of secret agent 007 in the next instalment of the blockbuster franchise.

But in a sensational move that truly breaks the mould, this time the lead role will go to a woman intimately involved in politics.

My Hollywood sources tell me Melbourne-born actor turned director Rachel Griffiths has been tapped to direct the 26th film in the official James Bond series produced by the UK-based Eon Productions.

The 25th Bond film No Time To Die is due to hit screens in April 2020 and will likely be Daniel Craig’s last appearance as 007.

The script for the 26th Bond film, with the working title Killing Love Dies Forever, is already in final draft and has a Brexit-themed plot involving an EU-based villain trying to divide the British public and destroy the nation’s social and political fabric.

I understand Griffith’s work behind the camera on Ride Like a Girl, the story of Melbourne Cup winning jockey Michelle Payne, sealed the deal for her to direct the 26th Bond movie.

Her work on that film, showing a young woman winning in a man’s world plus the ongoing influence of the Me Too Movement, caused the movie’s backers to run with Griffith’s idea of a female 007, Jamie Bond. 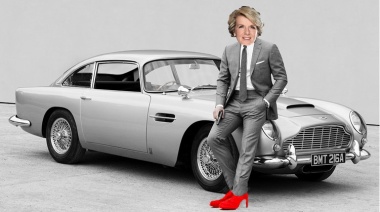 Griffiths declared to Eon Productions that she would direct the 26th Bond film only if the lead role went to a woman of her choice and, more sensationally, she intended to make a pick from left field by hiring someone from the world of politics.

Griffiths stood her ground and explained that the nature of a Brexit-based plot meant someone with a political background would bring something extra to the lead role.

Griffiths also agreed to a request by federal Liberal minister Michaelia Cash for a screen test but turned her down for the role after she insisted on using real ammunition in her prop gun (pictured).

Griffith is also intent on turning on its head the traditional concept of the “Bond girl” — the sidekick or femme fatale role that has been a staple of every Bond film.

Because a female will be in the lead role, Griffith is determined to have a man play the type of role made famous by previous characters such as Pussy Galore, Holly Goodhead, and Plenty O’Toole.

She is also determined to have a current or former Australian politician fill that role and drew up a shortlist but quickly settled on former Liberal minister Christopher Pyne (pictured) who readily agreed to take on the role and has already been rehearsing lines for his character Mintzing Pewdle even though principal photography is almost six months away.