The movie adaptation of Andrew Lloyd Webber’s hit stage musical Cats will feature a surprise appearance by prominent Australian politician Senator Eric Abetz when it is released later this year.

The original stage musical, based on TS Eliot’s Old Possum’s Books of Practical Cats, has been in almost constant production around the world since first opening in London’s West End in 1981 where it ran for 21 years. It opened on Broadway in New York in 1982 and ran for 18 years.

The film version, heavily dependent on computer animation, superimposes the faces of actors on to digitally created versions of their bodies covered in cat fur. 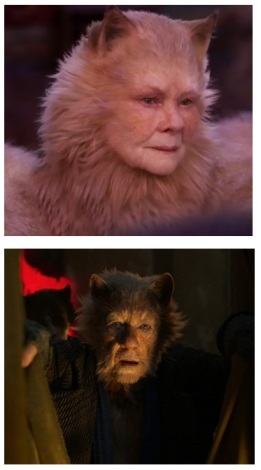 Others in the cast include Idris Elba playing Macavity, Rebel Wilson as Jennyanydots, and James Corden as Bustopher Jones.

The film’s casting manager Audrey Dishon told The Bug via a telephone interview from Hollywood that the storyline of Cats had been refined over the years and the movie featured a number of new characters with one, Cat’s Arse, being played by Tasmania Liberal Party Senator Eric Abetz.

“Cat’s Arse is, as the name suggests, a cat’s arse. It belongs to a miserable old wowser of a cat who doesn’t speak like normal cats, but always talks through his arse,” Ms Dishon said.

“He’s a viciously reactionary right-wing buzz-killer who wants to tell everyone else how to live their lives and rejects any notion that’s progressive or enlightened even if, heaven forbid, they are based on unarguable scientific or other evidence.

“We looked all around the world for an actor who was the spitting image of a cat’s arse and couldn’t find one, then I was handed pictures of two of your better-known politicians, both senators I believe, Pauline Hanson and Eric Abetz.

“Hanson would have been perfect but for her sex. I hope I haven’t made anybody physically ill there by using ‘Hanson’ and ‘sex’ in the same sentence.

“I then studied online news reports about Abetz and later viewed one of his regular appearances on your ABC TV Q&A program.

“I knew then that we had found our Cat’s Arse,” Ms Dishon said.